A growing number of investigative reports surrounding the controversial issue of Britney Spears watched by security are surfacing left, right, and center. With the release of both Framing Britney Spears and Controlling Britney Spears, the two New York Times-produced documentaries, some concerning allegations have come to light.

The apparent revelations surrounding Britney Spears pertain to her longtime security firm Black Box. As the media reports, Spears’s father hired the Los Angeles-based surveillance company in a bid to keep track of the star’s every movement.

To preface, the controversy around placing the star’s safety in the wrong hands remains ― at this moment ― disputable allegations. And so, dragging the reputation of a security company that maintains they had no wrongdoing doesn’t help the situation.

In his statement to The New York Times, founder of Black Box Edan Yemini declares, “everyone in the company conducted themselves within the bounds of ethics, professionalism, and legality.”

Furthermore, these indelible assertions and the trending nature of the documentaries are heavily influencing public opinion on the matter. What’s more, this is helping to catapult the Free Britney movement and Spears’s own assertions into the mainstream like never before.

Regardless of how controversial and click-worthy these allegations may seem, the seriousness behind it is no laughing matter. Ultimately, anytime someone brings forth actions such as these, they need to be seriously investigated.

According to documentaries released this year, Spears’s security team operated more like correctional officers, rather than protectors. The security team hired to protect the starlet, unfortunately, kept Spears under strict surveillance at all times. This is the picture recent FX docudrama paints. 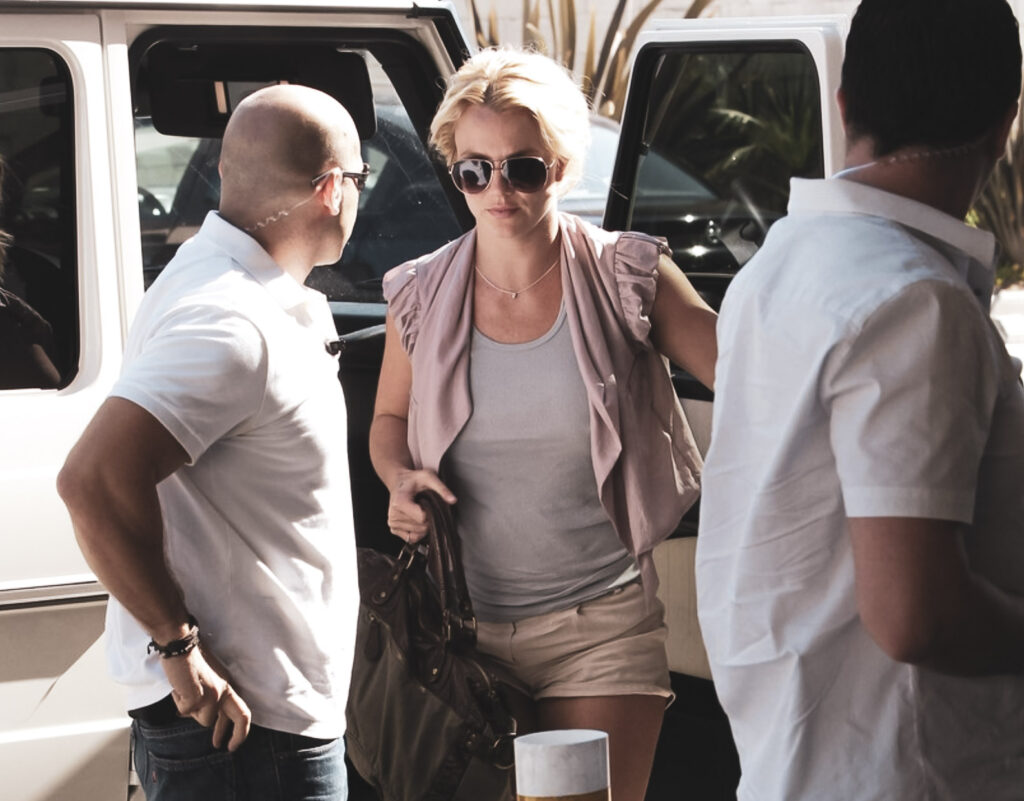 Released last Friday, the “Controlling Britney Spears,” documentary supports its claims with emails, text messages, and audio recordings. A former security operator for the company in question gives “proof” to the revelations. In statements made for the documentary, the former employee declares they (team) were relentless in their surveillance actions.

On the other hand, showrooms report Spears’ father acted within the parameters handed to him by the court. Jamie Spears serves as Britney’s conservator. In addition, other news outlets claim Britney Spears and her court-appointed attorney were aware and gave consent for the actions Jamie Spears made.

These reports of wiretapping and audio recording of private conversations typically require all parties to consent under California law. Secretly capturing intimate interactions and chats of Britney Spears with her boyfriend and children, without their knowledge, is against the law.

Again, the company overlooking Spears’s safety maintains they have done nothing wrong. So, without any evidential proof, there’s no way to know whether or not the security team broke California consent law with regards to audio recordings.

When it comes to the close protection of VIPs and UHNWIs, the process is rather delicate and sometimes complex. Above all else, the security team acts in the clients’ best interests. Accordingly, companies employ well-trained staff, who are focused and alert, and able to guard the principal 24/7.

Likewise, security staff must provide elevated service to the client while following necessary rules and regulations as they concern the EP industry. Not to mention, an operative utilizes checklists for advanced preparations of all kinds. That way, they can prevent incidents and halt problems from escalating,

At the same time, there are security companies who don’t take what they do as seriously as they should. For organizations full of variable standards, issues like poor staff management and high employee turnover are often seen. As a consequence, this means potential risks can easily slip through the cracks.

Britney Spears has been under the conservatorship of her father and others for 13 years. Media reports since June have tracked Spears’s quest to terminate the strict guardianship she attests to be suffering under.

Spears’s conservatorship agreement means others are in control of her finances and daily life. And have been for a major period of her life.

Now, the big allegation of Britney Spears watched by security remains unclear. If these claims are proven true, it will bring validity to what Spears has been saying for years.

Not to mention, this would mean the security company in question played a role in carrying out the arrangements of Spears’s conservatorship unlawfully. Until then, we need to presume innocence and that nothing wrong has been done.