Close Protection in Japan, the Land of the Rising Sun 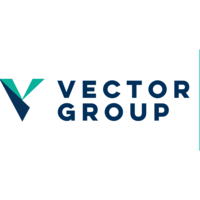 Work has been dry, to say the least, with MNCs (not) traveling to Asia. And, in particular, close protection in Japan, which is under its third state of emergency, currently planned till the end of June. Also, there is a slow vaccine rollout, with around six percent of the population vaccinated.

Furthermore, workers are still going about their everyday lives. They are mostly taking crowded trains to get to work amid some larger conglomerates imposing remote work programs.

The Tokyo Olympics is less than 50 days away. Even amid a reportedly significant percentage of the general public opposed to it under current pandemic conditions. It is likely to go ahead anyway as the IOC somehow pushes forward with ‘compact and limited spectator’ Games.

Back to CP and how professionals execute this very specialized skill set in Japan.

For one, outside of the capital of Tokyo and the occasional VIP downtime travel to cultural mecca Kyoto, CP work is scarce. The public often sees it under the realm of ‘bodyguarding,’ usually of shady local business owners or victims of stalkers.

Given the comparatively low-risk levels in Japan, CP work is almost unheard of among the lay public or domestic businesses. Many even consider it overkill or ‘what trouble did that person get into to warrant needing protection.’

The Trouble with Close Protection in Japan

As such, most principals at domestic conglomerates have no CP or even any meaningful ‘security’ program outside of a chauffeur and personal assistant. Added to this, language is a significant hurdle in Japan. Actually, the country is ranked lowest among developed nations for English language capability.

There are only a handful of licensed security firms, if even, who can adequately execute CP missions here. Most often than not, it is only the POC who has some English, with them having to translate to the actual agents or safe transport crew.

This makes it difficult for most MNC clients to find reliable and flexible CP support before mission time. Moreover, they often only have a few days in lead time and are subject to constant changes.

Agents in close protection in Japan do not carry arms, along with the entire private security industry. The inside joke is that only law enforcement and organized crime (AKA Yakuza) have firearms. Crime, in general, remains low in Tokyo and most major metropolitan cities.

For the most part, medical care facilities are all of the high standards, outside of very basic point-point and English language capability. Most large hospitals are also working 24/7 and have trauma centers.

Besides the overall lower risk level given the lack of firearms and discreet manner in which most CP missions occur, there always remain specific issues. For instance, securing resources that might be commonplace in the US or Europe, where the right amount of money can usually meet the client’s needs.

In Japan, we often request helo transport to and from the airport or off-duty police support. However, these just do not happen in Japan. In fact, even getting hotel or building staff to hold elevators for non-diplomatic VIPs requires plenty of negotiation.

These are some examples of crucial differences that some of our agents face concerning close protection in Japan, apart from many more.

Vector Risk Management is a premier and one of a handful of specialist risk management firms based in Tokyo, with branches in Sapporo, Sendai, Osaka, and Fukuoka. The firm has been in business since 2004. It provides close protection and corporate security managers/officers. Vector Risk Management has a separate business unit providing due diligence and pre-employment vetting services, primarily for multinational-level clients.