Combatives Training for the Protection Professional 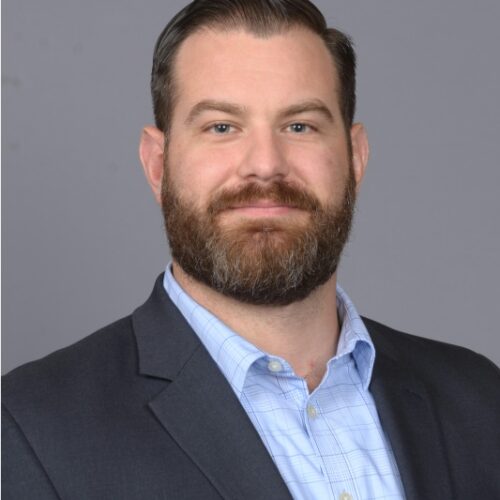 For the past few years, I have noticed a trend in the executive protection world for practitioners to become more and more focused on their soft skills.

Now, no one can overstate the value of soft skills. But at the end of the day, clients hire protection professionals to keep them safe. And sometimes, that could mean having to physically intervene in a violent encounter.

Most of the protection professionals I see today have little or no combatives training as it pertains to physical violence. Therefore, they are woefully unprepared for the possibility of physical violence, however unlikely it may be statistically speaking.

The purpose of this article is to address the importance of training in combat sports. It’s also going to provide some insight as to how anyone working in the protection industry can get started.

Crawl Before You Can Walk

If we are going to protect others we must first be able to protect ourselves. This involves not only being physically ready and maintaining accountability for our health and wellness. But it also includes combatives training in a variety of martial arts that give us an edge and prepare us for physical violence.

Many fighting systems tout that they teach you how to deal with multiple assailants or assailants armed with weapons. But I submit to you that you must learn to crawl before you walk, and walk before you run.

Before we can worry about fighting multiple armed assailants, we need to get comfortable handling ourselves against a single opponent. This means that we need to learn how to grapple and strike before adding additional variables to the equation.

Striking arts such as Muay Thai, kickboxing, and boxing are excellent for teaching the basics of power generation and power mitigation. I would suggest that those interested in striking start with a good Muay Thai or kickboxing program. Of course, only if one is available in your home area.

These striking arts teach the end-user how to use his or her hands, feet, knees, and elbows to strike effectively. Striking is an excellent tool for self-defense as it allows you to maintain a bit of distance while solving the problem quickly and violently.

The downside to striking for the protection agent is if we start punching people in the face, it’s not going to look good for us or our client. Therefore, we should only use it as a last resort when no other options are viable.

Grappling arts such as Brazilian Jiu-Jitsu (BJJ), wrestling, and Judo are extremely valuable for the protection professional. They teach how to control your adversary utilizing leverage and technique, often without injuring either party.

Grappling arts take a great deal of time and effort to become proficient in, but the time is well spent. It’s especially true for those working in the security field who may have to place their hands on an individual, but do not wish to harm that individual.

I can not imagine having worked some of the nightclub security, event security, and law enforcement jobs without having a strong grappling background.

I would argue that, if I had come to those jobs without the combatives training I had previously, I would likely have to use more force than was needed to solve the problem. In the private security world, that could have been disastrous and cost me my job or possibly even my freedom.

What My Experience Has Taught Me

Before working in executive protection, I worked in law enforcement. I also spent almost 20 years working as the Director of Security for numerous high-volume inner-city nightclubs. I was often responsible for the safety and security of as many as 3500 guests on any given night.

Working in this environment requires a combination of both hard and soft skills, not unlike working in close protection or executive protection.

While the propensity for violence is greater in the nightclub world, it’s certainly not impossible for us as protective agents to be placed in harm’s way. The skills and experience that I gained working in the nightclub industry have been invaluable to me in almost every position I’ve held since leaving the industry.

Fortunately or unfortunately, the nightclub world gives you plenty of hands-on experience. It also gives you the ability to develop an appreciation for practical, realistic martial arts combatives training. The kind that emphasizes physical control techniques that are able to be utilized against an actively resisting opponent.

The Benefits of BJJ

The fact is, there are a wide variety of martial arts commonly available. However, very few train in a realistic manner where both parties are trying to win. Combatives training is often regulated to striking pads and defending against scripted attacks by an attacker who isn’t actively posing a realistic threat.

In BJJ, practitioners “roll” with one another at the end of each class. Rolling is essentially wrestling live against a resisting opponent where both parties are trying to force the other to submit. They generally do so via a joint lock or choke. This competitive and non-consensual training modality is where I believe combat sports like BJJ really earn their value.

Combatives Training With a Resisting Opponent

Practicing a technique against a cooperative opponent is great for learning a new skill. But once you learn that technique, it’s important to train to implement the same technique against an actively resisting opponent. Without that last step, we are simply acquiring techniques without ever validating their feasibility in a real-world incident.

I can do anything, to anyone, who is letting me do it.

The real value comes in knowing that I can force another person into a position where I can establish control over them and escalate from there if necessary. You can acquire this skill from combatives training in BJJ or other similar grappling arts like wrestling and Judo.

Having the Right Mindset

We all know that physical violence in the EP industry is uncommon. But that doesn’t excuse us from being capable of handling a violent situation, should one arise. Our clients are hiring us to keep them safe from harm (amongst other things).

We have a responsibility to them, to ourselves, and to our loved ones, to set ourselves up for success by being trained, fit professionals.

Showing up with the mindset that you don’t need to be physically capable is unprofessional and inexcusable, in my opinion. Too often I see people who want to be “bodyguards” just so they can boast about protecting celebrities, professional athletes, and high net worth clients, despite being completely incapable of protecting anyone, including themselves.

I’d like to see that change and I believe as professionals we need to hold each other accountable. If you are currently going through combatives training, take an honest look at what you are spending your time and money on. Make sure that it’s realistic, relevant, and necessary.

But if you are not currently training, I urge you to look for a local BJJ, MMA, or Kickboxing gym and start ASAP. If you need help vetting a local gym, please feel free to reach out and I’d be more than willing to assist you.

When that bad day comes, do you want to be a liability or an asset? The choice is yours.

EP Providers and Medical Emergencies — You Have No Backup