Three years after the horrific event that left him seriously hurt, bodyguard Greg La Rosa recounts how he saved the legendary boxer from a drive-by shooting.

April 9, 2018, Floyd Mayweather Jr., accompanied by his entourage, was targeted in a drive-by shooting following a club appearance in Georgia, Atlanta. Mayweather’s bodyguard took a bullet from the attackers, ultimately protecting the legendary boxer from any harm.

Floyd Mayweather and his staff (The Money Team) made appearances at the Medusa nightclub Sunday night. Time at the club occurred without incidence and, the crew headed back to their hotel in a three-car convoy. Mayweather was believed to be traveling in one of these vehicles, however not the one that was targeted, the Atlanta PD stated in their news release. 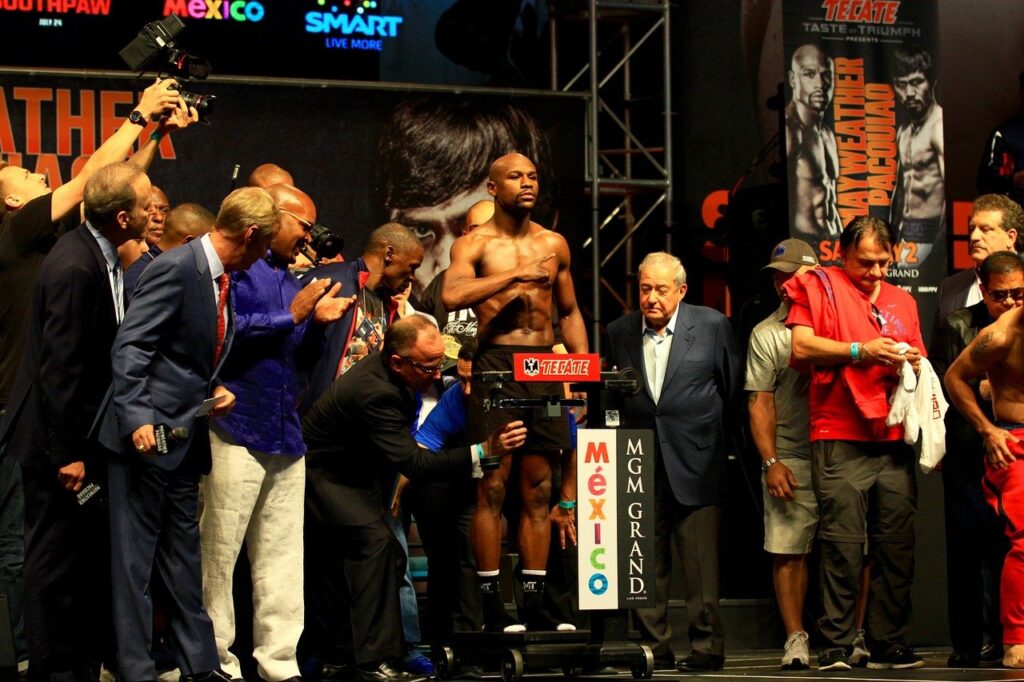 Police later confirmed the boxer to be free of injury. The only person injured early that Monday morning when another vehicle pulled alongside and started firing, was bodyguard Greg La Rosa. Due to his injuries, La Rosa was transported to Atlanta hospital for treatment of the bullet wound. The hero was told to expect to make a full recovery.

The attack on Mr. Mayweather’s motorcade and the shooting of his bodyguard should serve as a critical reminder to everyone in Executive Protection. On occasion, the job may appear mundane or routine, but regardless of the tempo, we must stay alert and prepared for a broad spectrum of threats. We do not have the luxury of knowing when the attack will come, but we do have the capability of preparing for the day it does.

This incident should also demonstrate the significant threat potential for vulnerable acts, such as during VIP transportation. Protectors must be aware of all the vulnerabilities in their operation and then do everything in their capability to reduce the risk and/or mitigate the impact.

Additionally, some folks may speak out about the fact Mr. Mayweather publicized his attendance at the event, which may have helped the assailant plan the attack. While those folks may be correct in that assertion, they may be misguided on the potential for the bodyguard to influence that.

Many VIPs, including celebrity athletes, must live in the spotlight and, in many cases, must advertise their attendance at events. I won’t get into why this is the case, as the reasons vary by VIP. While, for EP practitioners, the reason really doesn’t matter. What matters is we understand the increased risk it possesses and then put measures in place for protection.

While, on occasion, we may be in the position to influence a VIP’s activity, it is not our place unless there is a significant threat to interject our perspective (unless asked). Their job is to live their lives. Our job is to let them do it while we protect them, all the while being as unobtrusive as possible.

The Floyd Mayweather shooting appears to have been a specifically targeted attack. Very possible considering the allegations Mayweather had perhaps publicized the pre-party event on his Instagram page. Unfortunately, any publicization of one’s whereabouts, especially famous persons means exposure to potential dangers.

As professionals, bodyguards undergo rigorous training, learning to be on the lookout for a surprise ambush. They are aware of everything that can happen on the job. But still, when a red Dodge Durango pulls up seemingly out of nowhere and fires a total of 12 rounds, even the bravest of us would be left shaken. Our perspective is sure to change. 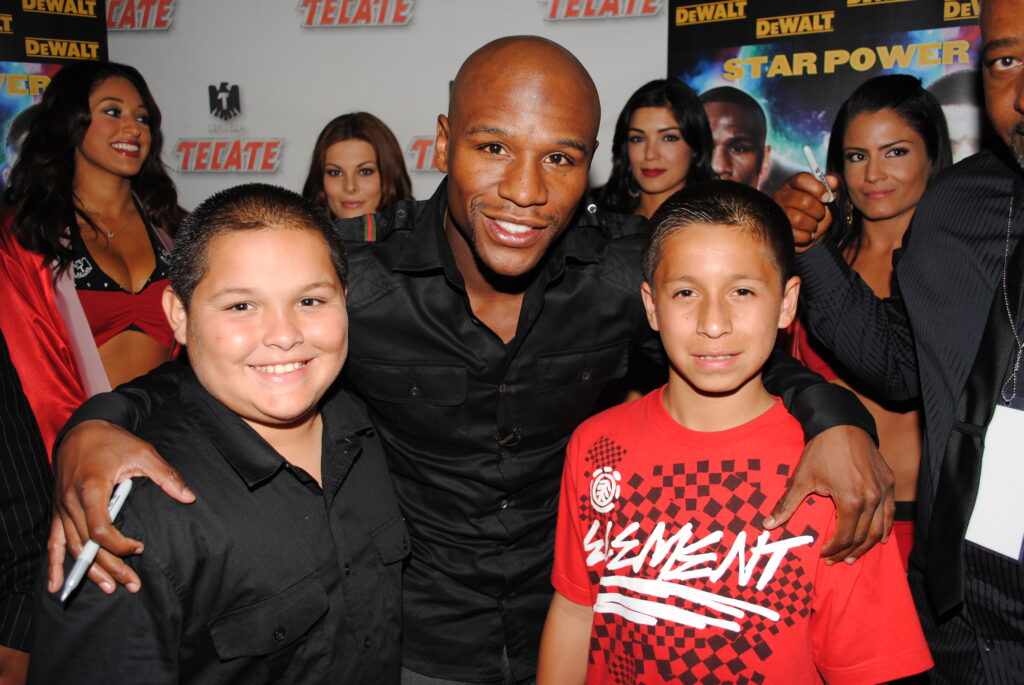 Bodyguards utilize their peripheral vision to scan for potential threats, deciphering their surroundings and formulating an escape route in mind. La Rosa had the forethought to drop down low between the seats and clamor for cover. It was during this maneuver; a single bullet penetrated the inside of La Rosa’s left leg.

Part of the job for any professional bodyguard is to make hard and fast decisions on a daily basis. Everything from the trivial and minor, right down to the dire, and at stake decisions. On the surface, there is an expectation for a bodyguard to remain calm and project a friendly image. But underneath, they must be alert at all times, ready to take on whatever comes.

The job may seem glamorous on the outside, but there’s no doubt about it, the bodyguard industry is a demanding profession. To succeed, Individuals like La Rosa have to have the drive and determination to protect their clients with precision and agility. No matter how hectic the day gets, bodyguards carry the responsibility for keeping the client safe with intensity and complete convictions.

Not only that, the work of a bodyguard is 24/7 in nature, meaning certain sacrifices are to be made. And what greater sacrifice is there beyond taking a bullet to protect your employer? Greg La Rosa knows all about this, taking a bullet during the Floyd Mayweather shooting. 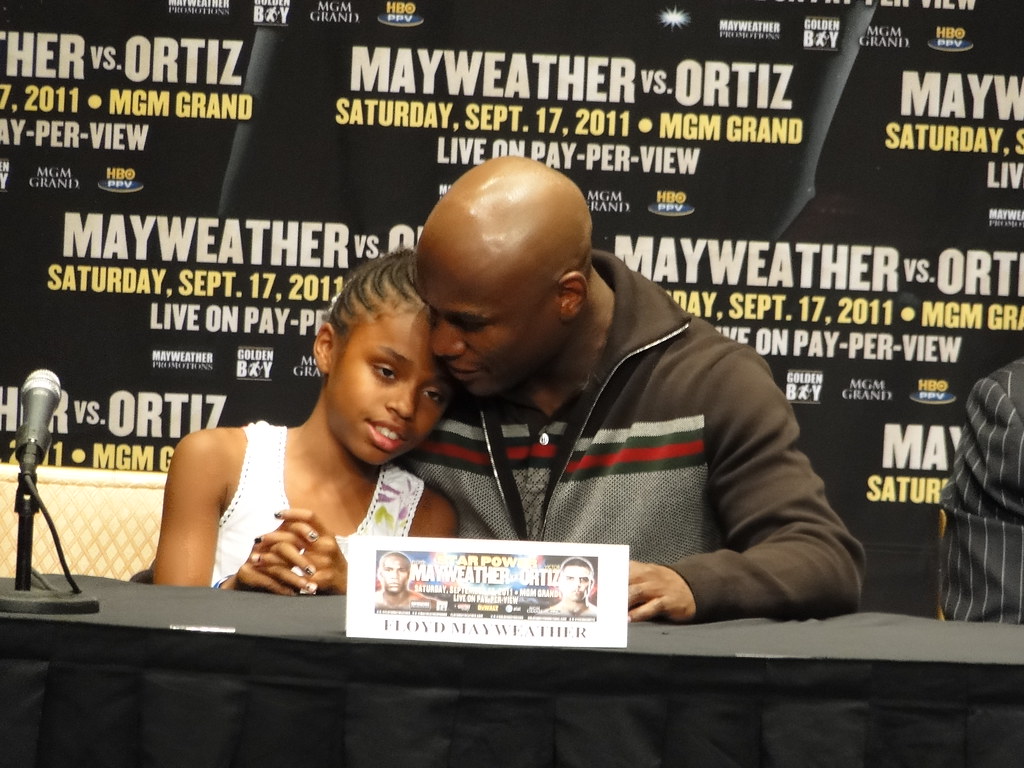 La Rosa first met the retired boxing legend back in 2013 while assigned to protect the professional boxer at a BET event. Mayweather employed La Rosa full-time and over the years, the two have forged a brotherly relationship.

The drive-by attack on boxer Floyd Mayweather is not the first of its kind. Attempted assassinations of high-profile figures occur regularly. First of all, this is justification for why VIPs need executive protection. And secondly, the need to prepare for an assignment, days in advance of the actual execution.

The biggest takeaway — mishaps happen. The most important aspect for any security personnel is to protect the client from physical harm.