High-tech gear, physical fitness, and unwavering willpower are probably the first things that come to mind when you think of special forces. However, to become a distinctive soldier, you need to go through a rigorous special forces training program.

During the early years of the 20th century, special forces began to emerge throughout the world, mainly in the US and Europe. They have gained their reputation for completing military tasks that no regular soldiers can perform. As it is clear from their name, special forces conduct special operations.

In other words, special forces implement uncommon military operations that require specialized training. Yet, depending on the country, special forces members also perform different functions. These may include but aren’t restricted to

Working to grow into a special forces member is far from a walk in the park. To become a member of the chosen few, you need to train and work in all climates and settings. Another precondition for the job is learning to withstand suffering in harsh temperatures during missions in enemy-controlled areas.

Unlike the stereotypes surrounding them, special forces members are active both during combat and peacetime. To boast that you are a member of a special forces unit, you need to attend a special forces training program. And it may include learning how to swim, dive, parachute, survive in hostile environments, use emergency medicine, and speak foreign languages.

It is already a well-known fact that all military personnel has to attend some sort of training program. However, that is only a portion of what our guys have to endure. Before becoming the super-soldiers that they are, future special forces members must subject themselves to intense training.

Taxing physical and mental preparation helps future first-class soldiers to become masters at what they do. They achieve this by enrolling in classroom studies, practicing exercises under simulated conditions, and obtaining on-the-job experience.

All training courses of this kind usually take place in designated military facilities or unwelcoming environments, such as deserts and swamps.

Take a look at how US Army soldiers trained as part of the Special Forces Assessment and Selection process:

Depending on the country you live in, special forces training does vary. Nevertheless, there are some standard features that most, if not all of them possess. In many corners of the world, special forces candidates begin their career with a nine to ten-week Basic Combat Training.

There, soldiers check in, collect gear and start attending advance physical training. After that, applicants go through an assessment and selection phase, where many are inevitably disqualified. Only a tiny portion of the original number of candidates pass through this stage.

This is no wonder, bearing in mind that they have to endure impossible tasks. And these include psychological tests, long ruck marches, land navigation, and obstacle courses, among other things.

After completing the first stage, what follows is the Advanced Individual Training and Infantry School. There, candidates learn how to use small arms, anti-armor, and weapons, including heavy mortars and howitzers.

As soon as you complete this step in the training program, the focus shifts toward survival training, avoiding capture, escaping captivity, and resisting enemy interrogations. This phase involves virtually everything there is to know for acting if your very survival is under threat.

If you make it this far, you can say you are in luck. Why? Because you will be in roughly 30% of candidates who remained.

Putting everything you have learned during the training program into action is the main feature of the final stage. This phase includes a realistic training setting involving indigenous personnel, counter-insurgency, and training a mock guerilla force.

At this phase, you will have to demonstrate what you have learned in the preceding months. Remember that your instructors oversee you, so don’t forget that you aren’t allowed to make slips even here.

Upon completion of the ultimate step, you can now allow for some breathing space. That is, before you are off to your first special forces mission. 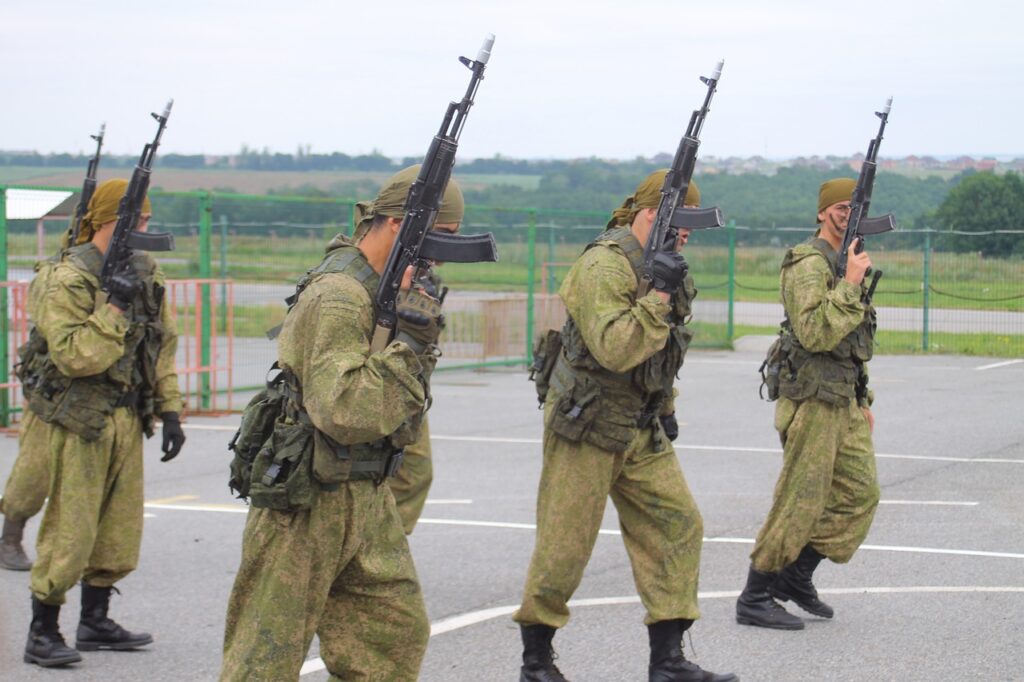 A few years ago, the French authorities banned the press from printing pictures of the faces of France’s National Gendarmerie Intervention Group members.

Some special forces units aren’t that reserved in interacting with the populace. Actually, the Israeli Army’s elite special force is known as Duvdevan, or cherry in English. And why are they called that? Well, because it’s the fruit at the top of the tree.

Even more candid in their public communication is South Korea’s Army. Their newest brigade is an assassination unit, also known for its code name ― the decapitation unit. Something tells us that these guys want everyone to know they mean business.

And if you are looking for extra unusual facts in the realm of special forces, you should know that Peruvian Army special forces sometimes paint their faces into the image of a skull.

Speaking of facts, Glassdoor puts the average yearly base pay of special forces members around USD 55,000, making the job worth the effort. However, if you are only excited for the abounding paycheck, that is possibly a wrong reason to enter the industry.

Nevertheless, until you become a member of the special unit’s family, here are a few tips on what characteristics can be helpful in advance:

And in case you want to use the skills you acquired during your special forces service to other ends, nobody should judge you. Many former-SAS operatives now work as bodyguards, contractors, and experts.

We hope we haven’t discouraged you from joining the special forces. Yes, we are well aware it is a frightening and intense calling and will surely leave a massive trace on your life. Notwithstanding, if you feel enthusiastic and don’t mind powering through the entire ordeal of the special forces training program, then, by all means, get to it.

In conclusion, here are the main takeaways on maturing into a super-soldier: