Untangling the Web of Covert Surveillance

Covert surveillance has always been a somewhat hot-button issue because a lot of people don’t really understand how it works. It’s not a straightforward process at all, and it’s often going to depend on who’s doing surveillance, why, where, and to whom.

Since navigating the process can be extremely difficult, we want to explain how it all works, from start to finish. So let’s breakdown what it all means, how it all looks, and what you can expect when doing covert surveillance.

What Is Covert Surveillance?

One of the most widespread definitions of covert surveillance is that it’s a process, which includes observing, monitoring, and listening to people, their movements, communication, and conversations. You can do surveillance with or without the use of specific devices, and it includes recording and keeping records of all the interactions and information you’ve obtained.

One thing to keep in mind is that surveillance is only covert if you do it in a way that ensures the subject is unaware that the surveillance is even taking place. There are also only two ways someone can authorize this type of surveillance, and that’s if it’s either intrusive or directed. But we’ll get to that later.

The Basis for Lawful Activity

As we were saying before, the grounds for lawful activity are the first thing that’ll vary from one place to the next. So depending on whether you’re in Europe, the USA, or Asia, the basis will definitely change. For example, the 1998 Human Rights Act gave effect to UK law, which allows the state to interfere with certain rights.

Of course, some are absolute, like the prohibition on torture, but other rights, which are qualified, can be interfered with if certain conditions are satisfied. Some of the best examples of qualified rights are a person’s right to personal privacy, family life, as well as correspondence, and home.

When the Code Doesn’t Apply

There is a caveat within the code that doesn’t provide guidance for interfering with wireless telegraphy or property that has the main purpose of acquiring communications. Also, there’s no guidance for equipment data or other information that falls within the definition of equipment data.

Covert vs. Overt Surveillance

As we said earlier, surveillance is only covert if the subject doesn’t know anything about it. There are a ton of different devices and equipment help ensure it’s done right including static observation and mobile surveillance.

On the other hand, overt surveillance involves using monitoring equipment, which is intentionally highly visible. It’s also usually placed in plain view in an effort to deter criminal activity or provide a sense of security.

Overt surveillance doesn’t require the same level of authorization as covert because it doesn’t have that much interference. 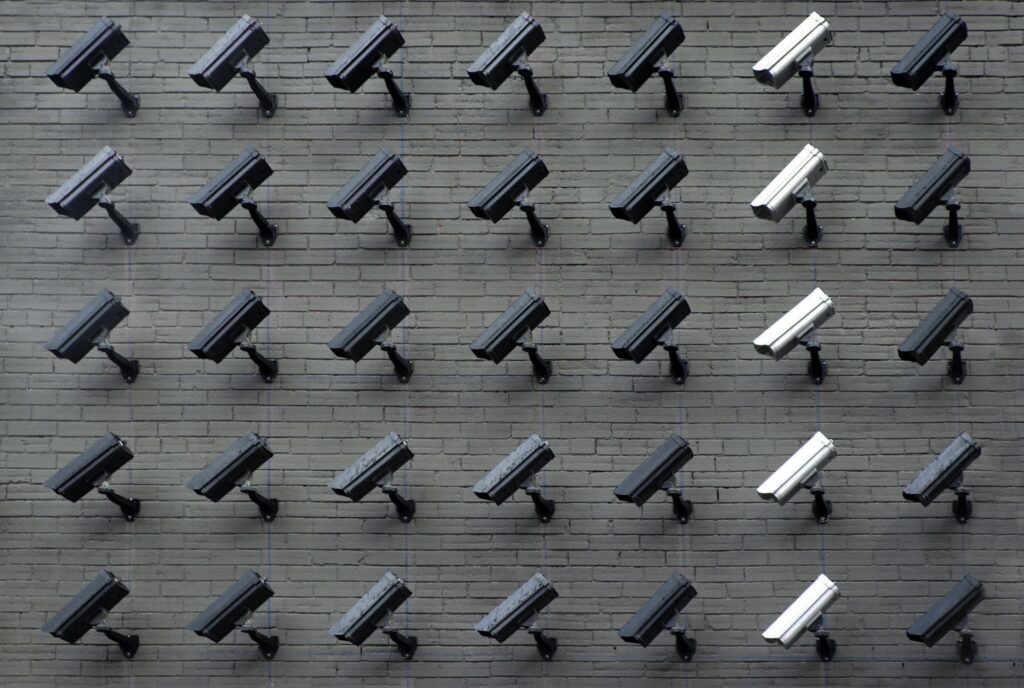 For something to be directed surveillance, it needs to follow a specific set of rules:

Directed surveillance operations involve covertly monitoring someone’s conversations, movements, and other activities. Most of these operations fall under the Regulation of Investigatory Powers Act 2000 (RIPA). However, some larger organizations, like MI5, for example, will conduct these operations, which are subject to internal authorizations.

One area where the regulations are a lot laxer is when it comes to online covert activity. That’s because you can access so much of that activity without RIPA authorization, as long as you’re only observing. But when you need to record or extract that material, you might need to consider the authorizations.

Instead of monitoring conversations and specific activities, intrusive surveillance revolves around using surveillance devices within a private vehicle or residential premises. Since they’re quite literally so intrusive, these techniques are subject to a lot of scrutinies, oversight, and control.

To even install an eavesdropping device, for example, within someone’s home, you first need to apply for a warrant with the Secretary of State. That warrant has to authorize the intrusion of the target’s privacy.

Also, agencies usually apply for a property warrant, as well, which allows interference with the target’s property. But to do so, the agency needs to convince the Secretary of State that this kind of measure is both proportionate and necessary.

One of the key things to remember when doing covert surveillance is keeping records. These records, containing information of authorization, have to be centrally retrievable within a public authority. They need to be available for a period of at least three years from the moment each authorization ended.

Also, you need to constantly update the records when there’s a change to the authorization status. Whether it’s being granted, approved, or canceled, that information needs to be available to inspectors upon request.

As you can probably tell by now, there’s nothing simple when it comes to doing covert surveillance. It’s a complex process that involves going through a lot of red tape, and it needs to be done correctly. To get authorization for covert operations, you need to prove why and how they’re so necessary.

But if it all seems like a lot of information right now, don’t worry. No one expects you to know all of this right off the bat. The important thing is to keep learning, training, and updating your knowledge constantly. And if you need some help with that, sign up for our newsletter.