A frightening scene occurred this week with Ariana Grande’s security attacked by a man. As the media report, he showed up at her Hollywood Hills home with a weapon.

The pop star, like many other Hollywood A-listers, has been staving off her share of stalkers and obsessive fans.

According to news outlets, the assailant showed up at Grande’s Hollywood residence in the early morning hours. He demanded to see the starlet. An altercation with the security team occurred when they refused to let him in.

Furthermore, reports claim that Ariana Grande’s security instructed the trespasser to leave the area, at which point he wielded a knife at them. This prompted a call to the Los Angeles Police Department, who quickly arrived and arrested the man.

It is unknown whether Ariana was present during the entire incident. But nonetheless, showrooms claim that relevant authorities have already issued a temporary restraining order against the trespasser.

Ever since the invention of the internet, it has become increasingly easier to be a stalker or nefarious actor.

With a few keystrokes, you can find celebrity addresses. If you are in Hollywood, you can get a star map and take a celebrity house tour.

It is more important than ever to have a squared-away RST team. They need to be properly trained and have protocols in place that set the guidelines for dealing with trespassing and other threats and they liaison with local law enforcement.

Luckily, the internet also made it easier for security to find these stalkers as many post their intentions online and should be put in a POI Database that tracks them and their activities around events and where the celebrities find themselves. Usually, their home is the biggest risk as they “have” to be there or pre-planned public events.

With intelligence being a growing sector in executive protection and RST, it is important that everyone has the latest and most actionable intel all the time.

In this case, it was handled, and no one was hurt, but there are plenty of cases where it went sideways. Thankfully, Grande had a security team that was able to deal with the situation before it escalated.

Unfortunately, this is not the first time Grande has taken out a restraining order on a stalker. In May 2020, another assailant managed to sneak past Ariana’s security to leave a love note for the star. In fact, when police officers arrested the intruder, they alleged that he spat on them. 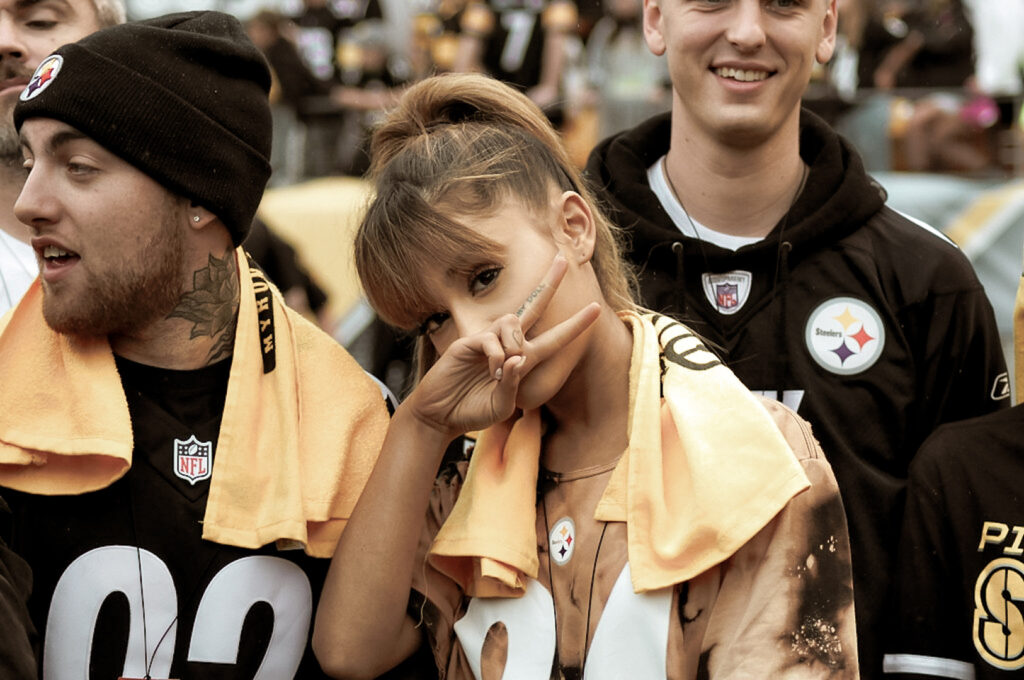 Both Grande and her mother filed a restraining order against the stalker. Not only were they granted the five-year ban against the man, but police also charged him for misdemeanor trespassing and felony battery.

When Stalkers Get Too Close for Comfort

This incident with Ariana Grande’s security attacked by a stalker fan is a common occurrence. Many VIPs and celebrities have experienced how admiration crosses to obsession and into felony. What’s more, it doesn’t help when tabloid magazines and websites post home addresses of celebrities. Such an act only invites overzealous fans to engage in stalker behavior.

And while simply sending flowers may seem innocent enough, scaling mountainsides to break onto someone’s property is one step too far. There are many instances of celebs receiving unwanted attention from their “biggest” fans.

Taylor Swift: The pop princess is not a stranger to obsessive stalker fans. An older male trespasser was arrested and later charged for attempting to break into the singer’s Manhattan apartment. Swift’s security detail had to deal with the stalker entering her compartment complex five times over a six-month period. All this happened after security guards personally told the trespasser he wasn’t welcome there and escorted him out.

Mark Zuckerberg: The founder of Facebook was forced to take out a restraining order against a 31-year-old who repeatedly visited his company offices, seeking to meet with him. However, the stalker took it too far by also sending flowers and notes to Zuckerberg’s private residence. The famous tech mogul amped up his personal security following the alleged unsolicited visits.

Kendall Jenner: One overzealous fan from Canada proved relentless trying to enter onto the Jenner’s property. The supermodel’s stalker reportedly scaled the mountainside to access her home. Even taking it upon himself to take a dip in her swimming pool, naked, before her personal security ordered him out. The Canadian attempted to trespass onto the property thrice before they caught him.

Ariana Grande’s security attacked is one in a series of assaults on celebrities that have taken a toll on their personal and professional lives. We can only ponder whether or not their security detail has conducted a proper threat assessment.

It always pays off to attend formal and informal training courses, as we have learned in dozens, if not hundreds, of similar attacks on celebrities. What this event proves to show is that anyone can be a target of malicious actors and that the presence of mind is the ultimate game-changer in the executive protection business.

Let us know in the comments how you would go about responding in similar situations as a security operative!