Protecting a principal’s luggage and their other belongings is part of the job of an EP agent and bodyguard. Unfortunately, it seems that Tom Cruise’s protective detail didn’t get the memo. Consequently, robbers stole thousands of pounds worth of Tom Cruise luggage in broad daylight.

Not only that, but the thieves snatched his bodyguard’s massively expensive BMW. Reportedly, when he found out about the theft, Tom Cruise was furious. But, of course, we can’t blame him, as no public celebrity expects this kind of inconvenience after hiring a security detail.

Principals expect to transition from home to work and back smoothly. They want to be as productive and unobstructed as possible and not worry about their luggage. The same applies to the famous Top Gun actor.

That’s not to say that EP agents and bodyguards never make mistakes. Yet, it suggests that the bodyguard should have taken appropriate vehicle security measures, not leaving the car unattended.

Fortunately, authorities retrieved the vehicle later during the day. However, the Tom Cruise luggage from within is apparently gone for good.

Interesting fact: Tom Cruise reportedly paid USD 50,000 for his daughter’s security a few years ago. Thus, we can imagine how much he pays for his security team following him around every day. 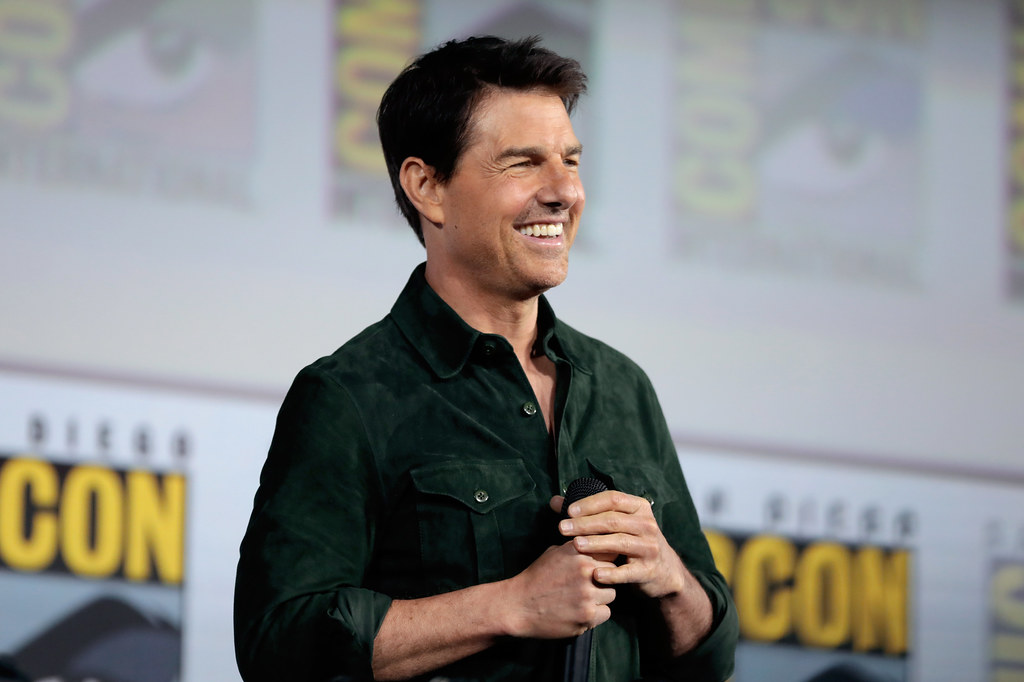 How Did It All Happen: Stealing Tom Cruise Luggage

Some media outlets claim that the robbers used a scanner to clone the vehicle’s ignition fob signal. At that same time, the car was outside The Grand Hotel in Birmingham. According to The Sun’s source:

“It’s a huge embarrassment for the security team and the guy who had been driving it was hopping mad — but not as mad as Tom!”

In defense of his security detail, the thieves managed to steal the car in a matter of a few minutes. To top it off, the snatching took place only a two-minute talk away from the West Midlands Police headquarters.

What strikes us at EP Wired is that the driver didn’t park the vehicle ― from which the robbers stole the Tom Cruise luggage ― in a secure, barrier-protected car park. This goes against the hotel’s recommendations and security experts’ advice.

If all this mess wasn’t enough for Tom, members of his crew and Tom himself contracted COVID-19 allegedly. In fact, some media outlets claim it happened while filming a scene with four female dancers in a nightclub. According to unnamed sources, the Top Gun actor has been frequently irritated due to his team not taking the public health crisis as seriously as he is.

The embarrassment of the security detail may feel along with the potential threat of loss of employment, depending on Mr. Cruise’s next steps with his security. This incident is a prime example of why EPAs, their employers, and trainers must start identifying and acknowledging the damaging usage of technology. It’s agreed that many of our tactics that are well known by all still hold effective. However, this incident clearly identifies the consequences and potential dangers that exist when hacking systems, especially with the latest vehicles.

EPAs’ gaining operational knowledge on these potential systems tools and dangers posed is immediately necessary. All threats are not physical ― meaning by force of weapon. We understand this on the surface. But when a protective agent has to go up against a machine to protect a client, it’s a life-or-death game changer. So, as the article suggests, was the threat to harm the principle? And if not, the opportunity clearly could have occurred.

I personally am glad no one was injured here as if they were driving and the vehicle controls taken over. It’s becoming imperative for EPAs to identify countermeasures on these systems when transporting or even protecting a principle via vehicles.

They must also check home systems connected to WiFi and car keys stored close to windows or other areas where criminals can use technology to copy keys and take vehicles directly off the proper as they, per the article, did here.

It’s an important report and topic for us all to deep dive into towards the future of our industry. This maneuver may have been around for a while. But now, the time to learn much more and add protection measures is overdue.

Luckily, the robbers didn’t harm anybody, except for the bodyguard’s confidence. Nevertheless, Tom Cruise, now 59, is determined to continue filming the Mission: Impossible series.

On a different note, the police authorities have demonstrated professionalism. As a matter of fact, they made dozens of CCTV inquiries in the surrounding areas until finally, they located the stolen vehicle in nearby Smethwick. What helped them is the fact that the car carried on it an electronic tracking device.

Tom Cruise may never retrieve his luggage, and some commentators say we can expect to see his clothes on eBay in the coming days. What’s more, his co-star Hayley Atwell is probably feeling equal stress levels, as it presents only one in a series of delays.

Nevertheless, security experts are still wondering: What if the robbers intended to harm the Top Gun actor and his entourage? Would it have been similarly easy and simple as snatching a vehicle and his thousand pounds worth of luggage?

Let us know in the comments what the bodyguard could have done to prevent this crime!