President-elect Joe Biden has his eyes on Ambassador William Burns, a career diplomat, as the next CIA director. Burns previously served as the U.S. ambassador to Russia and Jordan and, most recently, the deputy secretary of state.

The former diplomat is set to take the helm of one of the world’s leading spy agencies in a moment of renewed tensions among the global super-powers. Reportedly, the United States currently has somewhat strained relations with China, Iran and Russia – which they accuse of interfering in US elections in 2016 and blame for several recent cyber security breaches.

As the next CIA director, Burns is also set to inherit the burden of repairing the agencies reputation, which has suffered multiple accusations under the Trump administration. Namely, President Trump accused former high-ranking officials from the CIA – as well as FBI and the Justice Department, of conspiring to sabotage his presidential campaign.

“Bill Burns is an exemplary diplomat with decades of experience on the world stage keeping our people and our country safe and secure. He shares my profound belief that intelligence must be apolitical and that the dedicated intelligence professionals serving our nation deserve our gratitude and respect,” Biden said in a statement.

Who is William Burns?

The next CIA director is a 33-year veteran of the U.S. Foreign Service. Currently, he is the president of the Carnegie Endowment for International Peace. Also, he holds the rank of career ambassador – which is the highest rank in the Foreign Service.

So far, Burns was a part of five Republican and Democratic presidential administrations. His most recent stint was as deputy secretary of state in the Obama administration, as well as under-secretary for political affairs at the State Department.

Burns retired from service in 2014 and is honored with three Presidential Distinguished Service Awards, as well as some of the most prestigious civil honors from the Defense Department and the U.S. intelligence community. 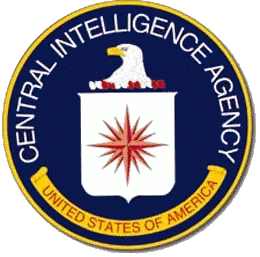 Even though he never worked in an intelligence agency, Burns’ career placed him in positions that regularly interact with the intelligence community. Also, during his decades long service, he was at the center of quite a few important foreign policy decisions, as well as sensitive negotiations.

Burns is considered instrumental in commencing secret talks with Teheran during Obama’s presidency. The result was an agreement in which Iran agreed to give up their nuclear program for the alleviation of the sanctions imposed by six world powers – including the USA.

Since Trump withdrew from the deal in 2018, Burns could prove decisive in restarting the negotiations with Iran.

Burns as the Next CIA Director

So, even though William Burns had relationships with intelligence agencies during his career, it was always as a consumer, rather than a producer of intelligence. However, despite his lack of practical experience, former CIA officials say that the most important quality of a director is his relationship with the President and his top national security team.

“He will have the ear of the national security adviser and the president. That’s what you want in a director,” said Jeremy Bash, a senior intelligence official in the Obama administration.

Choosing Burns as the next CIA director is Biden’s last important personnel choice while the US is transitioning to a new administration. This transition has been made all the more difficult with Trump refusing to concede his opponent’s victory and claiming election fraud.

As the next CIA director, Burns will not be a member of the Presidential Cabinet. According to people close to the President-elect, Biden plans on having the director of national intelligence serve as the premier intelligence official in the new administration.

However, even though the director of national intelligence is long considered to be the leader of the intelligence community theoretically, in practice the CIA director wields the most power and control over crucial operations.

“Bill will bring fresh leadership to a CIA that has been marginalized during the Trump years,” said Sir John Sawers, former head of Britain’s MI6.

William Burns came out as the favorite for the position of the next CIA director after Biden said he was considering a number of ex-officials for that job. Some other candidates included David S. Chen, former CIA deputy director, and Lisa Monaco – whom Biden sees as the Justice Department’s future No. 2.

Most experts are actually puzzled that the President-elect took this long to name the next CIA director. This combined with the fact that Haines’ choice as DNI was among his first big appointments, could be an indication that the DNI will play a more vital role in his administration than the head of CIA.