According to some media reports, international companies operating in eastern parts of the country are offering to evacuate staff due to the ongoing Ukraine crisis. As a result, many businesses are now trying to relocate and make accommodations for employees. Some say that moving to a “safe zone” in Poland and Romania is likely. The reasons include:

Many executive protection companies specializing in evacuations now offer their services to those on a possible “frontline” between Russia and Ukraine. They recommend taking preemptive measures and deciding upfront where and when the workers and enterprise leaders will continue business operations. Some cite that western clients working there have either moved their staff or plan to do so very soon.

Note: Security experts emphasize the importance of implementing timely evacuations. For instance, getting a visa at this point will be far easier than doing so in case of armed conflict. The reason is that many thousands will likely attempt to do the same thing simultaneously if the situation escalates. 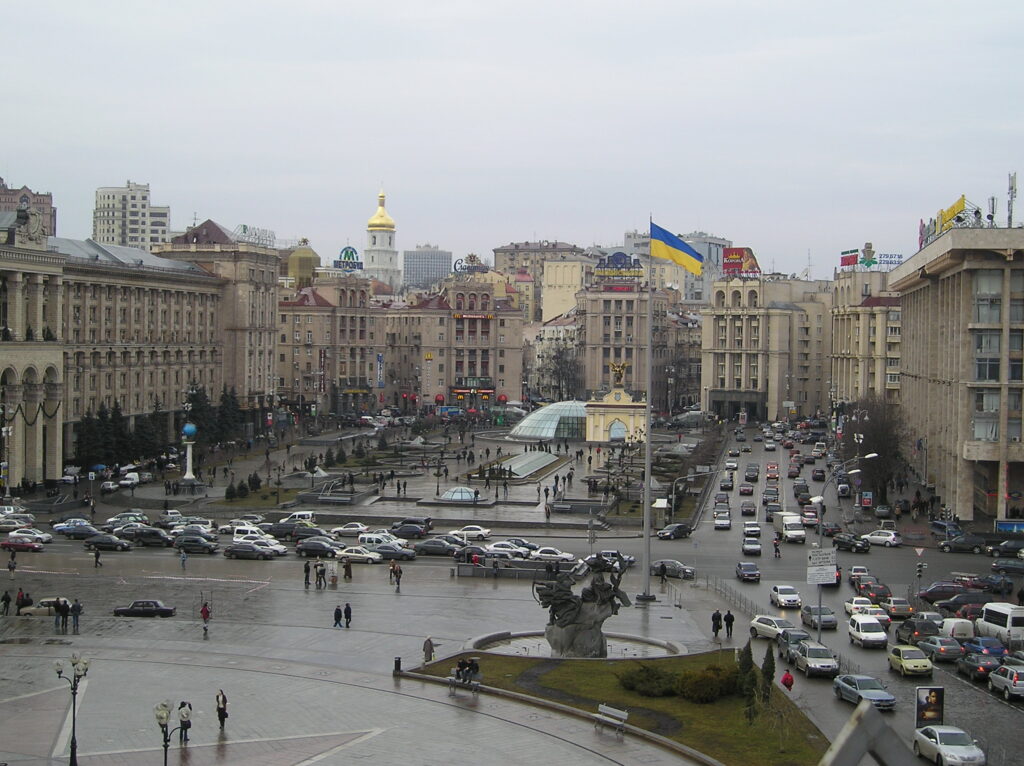 Apart from what we may have heard in the media, mass transit still works properly throughout the country. In addition, the Ukraine crisis has not yet impacted the ease of crossing its western borders for Ukrainian nationals. Still, it remains to be seen how a potential armed conflict between Russia and Ukraine could create congestion in travel.

Also, some security connoisseurs suspect that neighboring western countries could impose greater travel restrictions if they become overwhelmed due to increased traffic at border crossings.

What Happens Next in the Ukraine Crisis?

In case of armed conflict, the Federal Aviation Administration and the State Department will likely issue an announcement. Therein they could imply that a warzone has been established. Consequently, commercial air will probably come to a halt or disappear altogether in eastern parts of Ukraine. Further, some pundits believe that traffic will stop in the following order:

In fact, it is estimated that there is a 65% chance for an armed confrontation between the two former Soviet states. Others consider it a “very, very likely and imminent” scenario.

Most importantly for foreign companies operating there, longer internet shutdowns are possible. Although satellite phones can partly restore communication, this could still significantly impact business continuity.

Pre-war situations like Afghanistan in 2021 and Myanmar’s recent coup appear to resemble this one in that many foreign enterprises are racing to ensure the safety of their employees.

Yet, thousands of outsourced workforce members still work there amid the Ukraine crisis. Thus, companies like the San Francisco startup AppsFlyer plan to relocate their Ukrainian staff to safety. More to the point, Israeli tech companies employ around 30,000 employees in the country.

The evacuation of local and international workers follows after the United States and a few European countries withdrew their embassies’ staff from Ukraine’s capital city of Kyiv. In addition, they advised their citizens to leave the country due to the ongoing Ukraine crisis.

No one knows if and when the situation will further escalate. But one thing’s for sure: the current Ukraine crisis heavily impacts the business environment, with local and international staff increasingly requiring evacuation services from security companies.