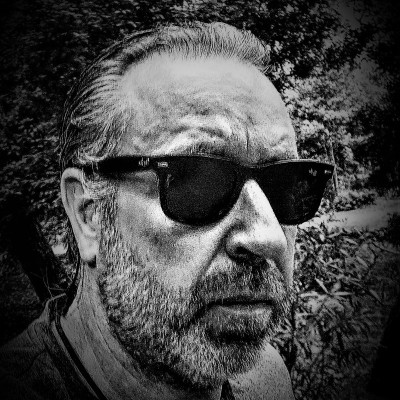 The first guideline for dealing with a potential kidnapping situation is to confirm that the kidnapping is an actual kidnapping, not a misunderstanding or a hoax. Kidnap and ransom is no joke.

I was recently approached by a U.S. investigator and put on a conference call reference a child abduction, and the conversation started as to whether we made high-risk recoveries, etc. The usual Hollywood BS.

When I managed to get a word in and asked the investigator and their associates who had legal custody of the child, he did not know. No one had bothered to find out or ask their potential client.

So, before confirming the facts of the case, he and his buddies were ready to charge off and illegally snatch ― well ― kidnap a child from the father who, as they found out later, had legal custody. This investigator and their buddies could have ended up in a lot of trouble all because of the unconfirmed accusations of this man’s crazy ex-spouse.

Knowing the Real Reason Why

The other thing that you need to consider if you are consulting on kidnappings is the real reason for the abduction, and if you take a case, what other problems are you getting involved in. Remember that in most countries, serious crime has to be reported to the police. So if the clients have not done this or are willing to do this, you need to know the real reason.

Often there is more to a case than just someone being kidnapped for a ransom. The victim, their family, or associates could have been involved in organized crime themselves, and the kidnapping was payback from rivals. Take nothing at face value, and do not let yourself be emotionally manipulated by the victim’s family into making stupid decisions. No one is innocent.

Over the years, numerous men approached me, who believed that their girlfriends, whom they usually met online, were kidnapped, usually by an ex-gangster boyfriend. In one case, we had the girlfriend known to the local police as a prostitute and had even got the boyfriend, who was madly in love with her, to send her money to buy a house that did not exist, a non-existent sister to private school, etc.

She had then told this poor guy that she had been kidnapped and needed fifty thousand dollars to be released. He was trying to get the funds together when he called me. She’d never been kidnapped. It was just a scam to get more money from the guy. Needless to say, the wedding was off, and I hope he stopped trying to meet Russian girlfriends online.

Patience and Big Bucks in Kidnap and Ransom

If most investigators or security companies are ever contacted to deal with a suspected kidnapping, there will be one thing on their minds, big money! I consulted for one client who was quoted an excessive amount to retain the services of a security company who had rescued an associate of his from a potential Russian mafia threat in Central Asia.

This client had received reports that a close friend of his had been kidnapped. The first security company he approached in the U.S. was straight away talking about rescue and extraction operations and had the client very scared for their friend’s safety.

We started by getting local assets to confirm if the kidnapping had taken place. We found an amateur scheme by a local security company to try and squeeze money from our client’s close friend. There was no threat of kidnapping. It wasn’t an actual kidnap and ransom situation.

After talking with this client about his friend’s potential Russian mafia threat, we firmly expected that, in reality, they exchanged a couple of strong words with some thug. Thus, his fears turned into a big payday for the security company he hired.

By playing on this person’s fears, they blew the incident out of proportion. Apparently, he was being followed and received threats, etc. From our investigation, we firmly expected the people following and calling the client’s friend to be from the local security company.

The more they scared him into believing he had a problem, the more he paid for their services. Finally, our client convinced his friend to get on a plane back to the U.S. and even let the local security company drive him to the airport, which he did.

So, all this drama was good business for the local security company and also gave our client’s friend something exciting to talk about at his dinner parties. In reality, if a serious Russian mafia group had wanted him dead or kidnapped, he would not have made it out of the country he was in or be living carefree and giving dinner parties close to one of the central Russian communities in the U.S.!

To Believe or Not to Believe

These are just a few examples of why if you contacted to consult on a kidnapping, you need who you are dealing with, understand the actual situation and know what you are getting involved in.

Only after you confirm that the clients are telling the truth should you start to work with them. Then, you must continuously verify what they are telling you and monitor their behavior. Not just for your own safety but also theirs.

People who believe a family member or close friend was kidnapped, is at risk from torture, rape, or being killed will not be in a good emotional state to make decisions.

Think about how you would feel if a close family member was kidnapped, and you had to come up with and drop off a ransom. The chances are, if you advise the family not to pay the ransom because you believe the victim is dead, they will want to pay anyway. Of course, this is their choice, but you should always state the facts!

One incident I received a call on was where the father of a wealthy family in Central America had been kidnapped. The kidnappers were asking USD 50k for proof of life, which was very strange for that area.

I told the family the chances were the victim was already dead, which I think they knew but were in denial. However, when I ran the person’s name that initially contacted me on social media, it was clear from the photos of their homes and cars in the U.S. that they had money.

When I asked about the situation of the family’s security in their own country, they told me that somebody parked two Cartel SUVs at the end of their driveway. Unlike the Hollywood rescue mission, the reality in such situations is that you can’t do anything. In places where the government does not have control, the locals must be cautious. This family had big problems.

In Conclusion on Kidnap and Ransom

If you have to deal with a kidnap and ransom situation, you must remain aware that your security takes priority, and everything that you do is legal. An excellent example of what happens when people try to play James Bond occurred in 2011 at the airport in Mogadishu, Somalia.

Back then, six men, including two British citizens and one American, were arrested for smuggling in USD 3.6 million to pay for the ransom for two ships.

The men were released after spending six weeks in jail by a presidential pardon. A Somali court had sentenced them to 15 years in prison, but they were allowed to leave the country after paying over $100,000.00 in fines for themselves and their planes. In addition, the Somali government seized USD 3.6 million in ransom money.

Remember, no one is innocent and that no good deed goes unpunished, especially in the world of kidnap and ransom.