Managing EP Operations During a War with Daniel Weil

In our latest interview, EP Wired welcomes the CEO of SCS (Security Crisis Solutions), Daniel Weil. In this article, we go into evacuations, manpower challenges, and managing EP operations during a war in Israel.

EP operations in Israel can quickly become the opposite of the conventional ones that we typically see in the West. Israel is known for its turbulent security situation which can fluctuate between a deceiving calm and all-out war. During the May 2021 war, what were the operational challenges of managing an EP company in the midst of a conflict zone?

Over the last two decades, wars and conflicts have significantly evolved in Israel. Nowadays, the “home front” rather than the border areas, has become the main battlefield with thousands of rocket and terror attacks targeting civilians in Israeli towns and cities. Despite occasional periods of calm, war seems to always be just minutes away should an escalation occur.

That being said, once an escalation occurs and a war kicks off, we tend to witness a very high volume of client requests seeking emergency services throughout Israel, but especially in the affected areas.

Typically, large international companies will request emergency evacuations of their foreign staff. This means a large number of soft skin and armored vehicles, CPOs, as well as the relevant protective gear, will need to be deployed within short notice and briefed on the ongoing situation.

During the May War (also known in Israel as “Operation Guardian of the Walls”), aside from the complex logistics, one of the first challenges we as a company were faced with was one “close to home.” Namely, having to run EP operations that involve evacuating clients, while at the same time our own families and loved ones, including ourselves, are also faced with massive scale rocket fire directly endangering our lives.

Another challenge that quickly arose as a security manager was that of communication. Each time our teams, as well as myself, were faced with a rocket alarm (which means an incoming rocket attack) we immediately evacuate into a bomb shelter. This often means that cell phone and Wi-Fi reception are most likely to drop at the moment when we need to communicate with our team members the most.

Another challenge was that just a few days into the war, the lack of sleep started to take effect. The combination of having to manage a very high volume of continuous emergency tasks, combined with having to rapidly seek shelter due to the multiple incoming rocket attacks at night, leave little time to actually sleep. Regardless of the situation though, we managed to stay sharp and alert, which is, of course, essential.

There are many other challenges in running EP teams during a war, but I will elaborate on them more in-depth in an article I am writing on the topic.

Over the years, SCS has worked with dozens of clients in Israel during terror waves and war. Can you describe the manpower challenges of managing EP operations during a war?

One of the main challenges is that should all-out war commence, the IDF will mobilize a large number of its reserve forces. In Israel, most civilians serve in the reserves until the age of 42 following their compulsory military service.

At SCS, most of our staff and operators, including myself, serve in the reserves. That means that we will need to deal with the influx of requests while simultaneously our personnel is being mobilized to the military.

Since this has happened several times over the past years, we have, thankfully, been able to take this contingency into account beforehand. It enabled us to remain operational and to support clients even during these extreme situations.

EP work is always a matter of balancing, fine-tuning, and improving. What adjustments do you need to make in your approach compared to the day-to-day EP tasks with an ongoing armed conflict?

Generally, finding a suitable EPA is challenging. Personally, and in general, I place great importance on soft skills. Not only must CPOs have hard skills, but also be able to speak multiple languages, be patient, have good character, be in shape, and have a good physical appearance. They should also be pleasant to work with, from a management standpoint, and of course, to have a high level of emotional intelligence.

Eventually, most of the guys in the industry here are combat soldiers and, with the relevant training that allows them to transfer into the civilian EP industry, will know how to keep their principals productive and happy while being able to respond to a threat should one arise. In the end, though, it’s much harder to teach soft skills than hard skills in my opinion.

During a war, however, things become a completely different story – in a warzone, agents with proper hard skills prosper. Their assertiveness and combat-like style gives the client a sense of security that they are looking for in these situations. It doesn’t all depend on how good your soft skills are. If you can’t make the client feel that they are safe and in good hands, they will look for someone else.

In-sum, during an ongoing conflict, the nature of EP somewhat changes due to the principals undergoing a “change” themselves (either the type of clients or their mentality). Where normally soft skills and a high level of customer service are highly cherished, in Israel we’ve learned that during a war clients will typically seek a more assertive leader.

Executive protection experts and details are well aware of the distress of organizing evacuations. Do you mind sharing your insight into conducting evacuations swiftly and efficiently in Israel?

Although it would be impossible to share all the details, I will do my best to share a few. When it comes to evacuations in Israel, location plays a significant role. Factors such as rocket range and being in proximity to “strategic targets” all affect evacuation options in Israel.

Normally, evacuations typically occur via airports without too much hassle. In Israel however, it has occurred several times that airports were intentionally targeted by rocket fire and forced to temporarily shut down. This means finding a safe alternative for leaving the country will become necessary. This is exactly what happened in May of 2021.

Simply put, international aviation agencies will almost certainly decide to abort arrivals and departures to airports that come under the threat of rockets. Another factor that is more obvious is that it is very difficult for planes to arrive and take off when the skies are literally filled with exploding bombs all around.

This being said, our contingency protocol is constantly being updated based on recent developments and the situation in an area of relevance. As you can imagine, some of the evacuation options that would normally be pretty good and quick solutions have become affected and complicated due to COVID-19 regulations as well.

Also, working with the client’s CSO on EP operations can, sometimes, be challenging. Of course, everyone is under stress and tries to do their best for the principals, but in some cases, CSOs simply don’t have enough local knowledge or experience to determine the right cause of action.

For instance, expecting to conduct a quick evacuation via Jordan is not relevant in most cases. Firstly, the Dead Sea crossing point - Allenby Bridge, which is relatively close to the Center (being approx. 30 min from Jerusalem), is only open to Palestinians. 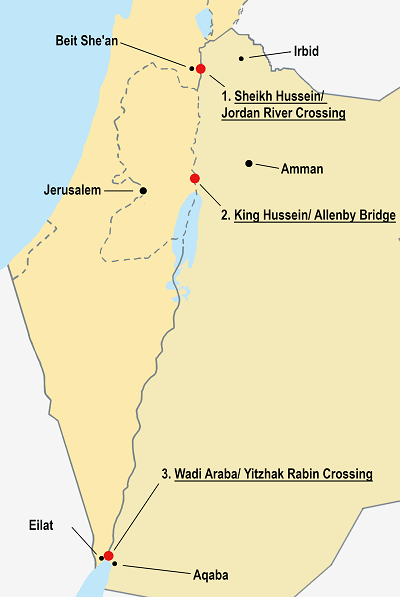 Secondly, you will need to have a visa to enter Jordan. Unlike at the airport, where you can get a visa upon arrival, you are required to have it in advance in order to enter Jordan by road. Notably, the visa application is also a timely process that cannot be arranged overnight.

With all the limitations, we managed to successfully evacuate dozens of clients out of the country during the last war in a timely manner. So, it is possible. You just need to have the right contingency plan in place.

During the last war, we filmed some documentary videos elaborating on these topics. I hope to share them with the EP community soon.

What advice would you give to someone who only recently started operating in Israel? What should they focus on when managing EP operations?

Try to adjust yourself to the local mentality. Be open to learning. And lastly, don’t become misled by the relaxed atmosphere - that is felt most of the time. Things can escalate very quickly, so be prepared.

And of course, feel free to give me a call anytime if you need anything.

Sign me up!
Share
Facebook
Linkedin
Previous articleMatching Security to the Business Model – The Security Advisor by Adam Taylor
Next articleAmbush Tactics: Training to Recognize and React