The Whys of Anti-Gun Celebrities with Armed Bodyguards

The Modern Rules of the CPP Market

The most contentious topic in contemporary America is the divide between gun control and gun rights. Even more so in the celebrity world, due to their media presence. And both parties do have a point. Anti-gun celebrities with armed bodyguards look to many as new members of the hypocrisy club.

However, this topic isn’t as simple as it sounds at first sight. So, let’s explore more and try to remove the all-present prejudice.

To Own a Gun or Not, That Is the Question

In most parts of the world, countries have a restrictive firearm guiding policy. That’s to say that only specific categories of weapons are available for use in the general population. Furthermore, not everyone can legally own a gun.

A firearms license is a license that a governing authority, usually the police, issues, allowing the licensee to own, buy, possess, or carry a firearm. In most countries, the law imposes various conditions or restrictions on gun use. That includes storage requirements or completing a firearms safety course and background checks.

Of course, just because firearm use is strictly regulated doesn’t mean that people don’t get their guns anyway. Societies with a low level of the rule of law have difficulties limiting their citizens in this sense.

Consider Mexico, where some 30,000 people died as a consequence of gun violence in 2017 alone. Additionally, only in the first six months of 2020, close to 18,000 murders took place in the said country.

As for the developed world, the United States has the highest gun ownership rate, with 120.5 civilians’ firearms per 100 people. That seems like an awful lot. And don’t get us even started on school shootings.

What’s This Got To Do With EP

When executive protection agents travel from country to country, they will face different gun laws. Most of them are strict as hell, while others are a bit more lenient. When traveling to Europe from the US, you always have to be ready not to have your team’s firearms request approved.

Before you get pissed at this, note that your EP work shouldn’t only depend on guns. Actually, most of it must not rely on using firearms. Yep, what a bummer, sorry about that. 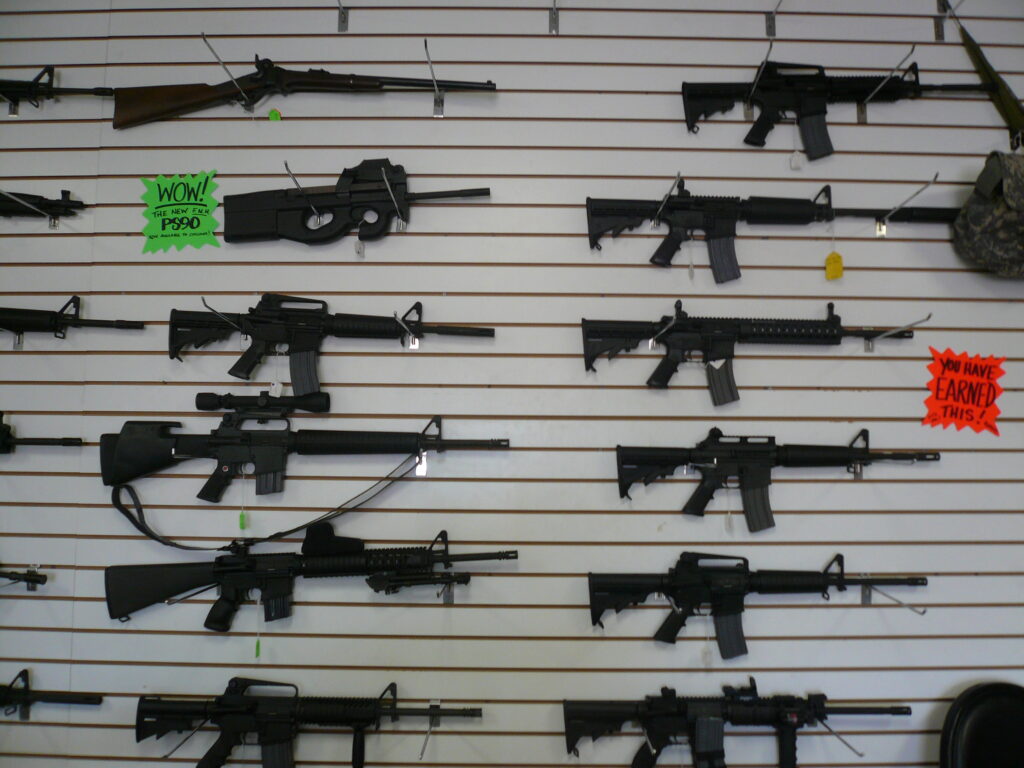 Becoming overly reliant on guns is an issue many EP professionals face daily. When a protector realizes that firearms are just one of many elements of the toolkit, a change in perspective occurs. Moreover, studies show that gun use doesn’t really result in maximum protection of the executive. It has no tangible effect on overall safety.

Now that we got this out of the way, let’s look at some anti-gun celebrities that armed bodyguards surround regularly.

Whenever a mass shooting happens in the US, some celebrities flock to condemn them and demand gun control. Luckily for gun rights activists, they yield little to no results. Mostly the latter.

Beyoncé, Jennifer Aniston, Jamie Foxx, Paul Rudd, Sarah Silverman are among the many dozens of celebrities who stand against the widespread availability of guns. So what, you might say, how does this affect the world we live in?

Well, the problem lies in the fact that many, if not all of them, have armed bodyguards surrounding them. When Oprah Winfrey, Steven Spielberg, George and Amal Clooney, Jeffrey and Marilyn Katzenberg joined the Anti Second Amendment movement, others reprobated them for doing so.

As easy as it may look to denounce them for having armed bodyguards, we won’t do that in this article. Still, we see the issue here. Anti-gun celebrities confront the use of firearms by the average Joe. However, they protect themselves by all means necessary, with armed bodyguards, police, and even the FBI behind their backs.

The militarization of the police has been going on for a while. For this reason, we understand the frustration many feel. However, it also sounds to us a lot like people just shouting at each other with no concrete reasoning.

The gun-control camp claims they want to restrict access to guns for safer communities. The gun-rights camp states that taking away their weapons would constitute a human rights violation.

Both camps do have a point, and we don’t dispute that. Yet, we disapprove of this quarrel because no one is prepared to listen to the opposing argumentation.

What Are They Saying

The most prominent advocates from both sides are known to say wise things. So, let’s look at some of their statements.

Oprah Winfrey, who stands up against widespread gun violence in the US, once said:

Foolish liberals who are trying to read the Second Amendment out of the Constitution by claiming it’s not an individual right or that it’s too much of a safety hazard don’t see the danger of the big picture. They’re courting disaster by encouraging others to use the same means to eliminate portions of the Constitution they don’t like.

Whose side are you on?

This article covered the whys of the most famous anti-gun celebrities with armed bodyguards. We examined their alleged hypocrisy and the arguments of both gun-rights proponents and those opposing them.

All in all, the unyielding nature of both pro-gun and anti-gun movements does little to illuminate the situation. As long as genuine conversation is lacking, proper solutions won’t be in sight.

In the meantime, anti-gun celebrities will continue to be caught in the crossfire between the two rivals. And their seemingly professional security teams may be exposed to excessive pressure and public condemnation.

So, where do you stand on gun control, and what do you think about anti-gun celebrities with armed bodyguards?

No, seriously, let us know in the comments below. We’d love to learn about your thoughts. And while you’re at it, subscribe to our dandy newsletter. You won’t regret it—EP honor.

The art of protecting people is much more than dark sunglasses, a black suit, a tie, and an earpiece....
EP Industry

The Modern Rules of the CPP Market

Close Protection in Japan, the Land of the Rising Sun

We use cookies on our website to give you the most relevant experience by remembering your preferences and repeat visits. By clicking “ACCEPT ALL”, you consent to the use of ALL the cookies. However, you may visit "Cookie Settings" to provide a controlled consent.
Cookie SettingsREJECT ALLACCEPT ALL
Manage consent