Attempted Assassination of a Ukrainian Diplomat

Early on Wednesday morning, in the village of Lesniki, an attempted assassination of a Ukrainian Diplomat, Serhiy Shefir, took place. What’s described by news outlets as a show of intimidation of the highest echelon power left one man critically injured.

According to the media, the vehicle president Zelensky’s top aide was traveling in came under fire, with more than ten bullets hitting the car from nearby woodlands. The brunt of the damage happened to the driver’s side of the vehicle, with bullet holes seen on the side door, windshield, and back tire.

It is still not clear who is behind the potential assassination of the Ukrainian diplomat. However, many have their suspicions. Furthermore, this attack comes just days before a bill that has the potential to rein in Ukraine’s powerful oligarchs is set to be debated in parliament.

The attempted assassination of Shefir is a stark reminder that, as well as those who protectors are charged to secure, it is crucial to ensure a protective assessment includes those key staff members who are essential to a protectee’s efforts.

Further, Shefir’s driver’s focused efforts during the gunfire likely saved him from becoming a victim in the competition between the government and Ukraine’s powerful oligarchs.

An essential point to protective driving is learning to stay focused and aware while making split-second decisions.

Showrooms state that the unknown assailants shot Shefir’s personal driver three times, leaving him seriously wounded. According to police officials, the man has undergone surgery but still remains in the ICU in critical condition.

The job of trained security drivers is more demanding than one might think. In fact, their day-to-day tasks are constantly changing and sometimes prove challenging. What’s more, they happen to be the main obstacle for attackers to accomplish their mission. 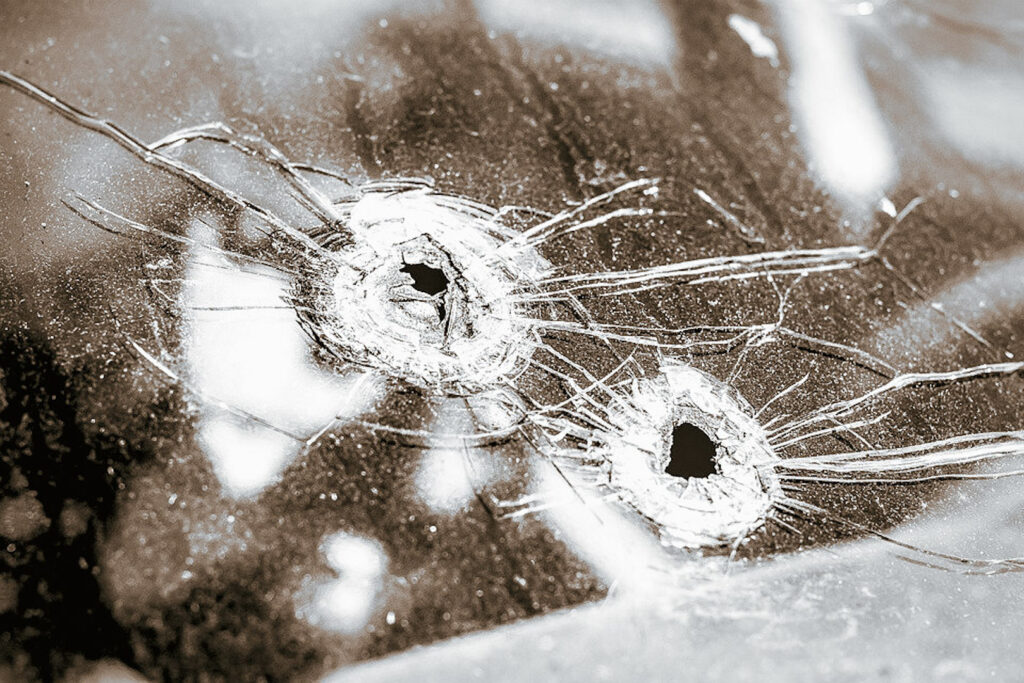 The Ukrainian diplomat described the whole experience as “scary.” From the moment attackers struck the car, right to when they needed to speed up. In addition, he praises his personal driver for continuing to steer the vehicle even after hearing automatic gunfire.

As the media report, Ukrainian Prosecutor-General Irina Venediktova declared on her Facebook page that an investigation is already underway. Police are searching for the attackers responsible for the attempted assassination of a Ukrainian diplomat.

Official investigators have called for information surrounding the circumstances of the targeted attack on the two citizens. The team will deal with the situation before it escalates further.

At this moment, it’s not known who is accountable for the attack. Nonetheless, president Zelensky described it as a sign of weakness to target a member of his staff.

Zelensky Vows His Government Will Respond

At the time of the incident, the Ukrainian President was in New York City, delivering an address to the UN General Assembly.

Per the Post’s report, Mr. Zelensky immediately addressed the situation by stating that this attempt to intimidate him with an assassination attempt on his friend is weak. The president declared their response will be strong.

One can’t rule out the assailants targeted the Ukrainian diplomat for his work, or perhaps as a bid to destabilize the government. In any case, the situation remains unclear.

Let us know in the comments some of the lessons we can take away from this incident. What should be the next steps in ensuring similar attacks don’t happen?

Sign me up!
Share
Facebook
Linkedin
Previous article
Rise of Covert Surveillance Cameras in the Home and Office
Next article
Corporate Surveillance: Tracking Your Every Step