The art of protecting people is much more than dark sunglasses, a black suit, a tie, and an earpiece. As with any security operation, the security professional ― especially in the executive protection sector ― must also rely on a strategic approach to ensure the principal(s) is protected. Therefore, before the assignment, the planning stages are critical to establish escape routes and operational continuity and exercise a craft of target hardening known as the Concentric Circles of Protection method.

The aforementioned goes by many names (i.e., Layers in Depth, Rings of Protection). Still, it has the same objective: dissuade, deter, and delay the assault on the principal(s) until the aggressor(s) is intimidated to the point of aborting the attempt or delayed until observed and help is notified and en route.

All this is going on while the principal carries out their objective and their protective detail safely returns them to the point of origin. Thus, the Concentric Circles of Protection method acts as a force multiplier. It assures the success for protection in transit and during appearances of the principal. The beauty of this protective method is adaptability. And also that the protective detail can use it anywhere and during any assignment.

Concentric Circles of Protection in Action

A basic example of using the Concentric Circles of Protection method is that of a safe. One would commonly find a safe or a vault in either a financial institution such as a bank or in a corporate setting in the owners’ space. A safe is irregular, heavy, and sometimes bolted to the ground or a wall. Hence, it makes it difficult for a thief to carry out the front door.

However, it slows down and delays the thief until security, law enforcement, or just a simple “Stop thief!”

In an executive protection detail, the responsible team elaborates the protection method. It also plans to ensure optimum success and a low probability of threat to the principal.

The trick is ensuring that the center circle ― comprised of the principal ― has as many circles of protection as possible. The more circles, the higher the probability of success.

Protecting an individual is more complex than a stationary object. The reason for this is that people like to move, be seen, and conduct business. Exposure ensures results.

COVID-19 has revolutionized the ways that people communicate across borders via technological platforms. Nevertheless, the in-person visit makes a higher impact. The latter part of 2021 will have people making more in-person visits and trips for business and leisure.

That is why executive protection agents need to stay up to date with current security techniques. They also must ensure the implementation of the Concentric Circles of Protection method harder than ever.

One of the best examples of this method in action is protecting someone who represents an entity for billions of people. This is none other than the Pope. In guarding this principal, the Concentric Circles of Protection method finds its best explanation.

The Smallest Country on the Globe

Vatican City, specifically the Apostolic Palace, has been the Pope’s residence since the 14 century. As an essential and highly-publicized figure, the Pope understandably has an increased level of security. Not including his missions to other countries, the Pope’s security detail while in Vatican City has a three-layer protection system.

For this example, we will start on the outer circle, which is Rome, Italy. Before crossing into the smallest country on the globe, Vatican City, one must contact Rome and the protectors of the first circle. They go by the name of the Roman Carabinieri.

These men and women carry out domestic policing duties not only for the city of Rome but also on the cusp of Saint Peter’s Square. This brings us into the second circle. Once in Vatican City, which makes up 0.6 miles/109 acres, one will come across the guardians of the second circle. They carry the name of the Corpo della gendarmeria dello Stato Della Citta’ del Vaticano, also known as the Vatican Police.

The Vatican Police is the police and security force for the grounds on which the Vatican sits. These include the exterior of the Apostolic Palace and the buildings associated with Vatican City. Our inner circle of protection ― which would be the Apostolic Palace, Saint Peter’s Basilica, and the Papal Apartments ― is under the jurisdiction of the Pontifical Swiss Guard.

The Guard are the primary protectors of the Pope, Cardinals, and sentinels for entrances that bring individuals (or aggressors) closer to the principal (the Pope).

The Pontifical Swiss Guard is best known for the colorful uniforms that Michelangelo designed. But also for their medieval weapons and armor. Still, the Guard does possess contemporary security techniques and weapons. 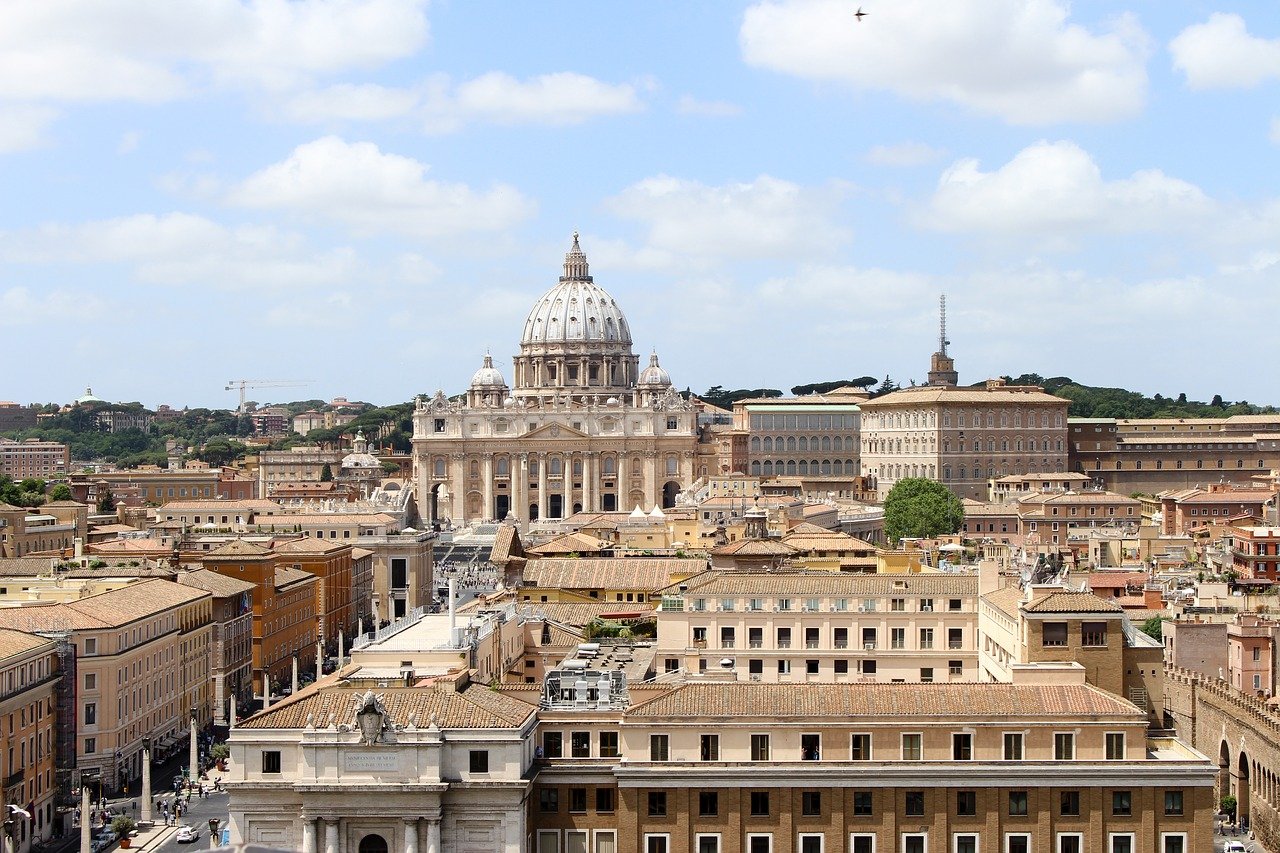 Along with physical security equipment such as x-ray machines and global security operation centers, these countermeasures are a marriage of physical and personal protection that keeps the head of the Catholic Church safe.

The Concentric Circles of Protection method can be as strategic or complex as one wants to. That is, as long as there are the resources and approval for doing so.

A stationary principal such as a gold coin collection with no intention to transport can adapt to the circles of protection method that may include its contents. These remain in the center of the facility with fences (outer circle), turnstile access, and security officers (second circle), and the saferoom (inner circle).

The Pope on a Trip

With the same principle for an executive protection detail for a high-principal, there are ways of incorporating the circle of protection method when transporting them to the destination.

Keeping with the theological realm, let us say that the Pope is visiting a Cathedral to help commemorate its centennial. The responsible team can still apply the outer, second, and inner circles methods. Nevertheless, in this scenario, the executive protection team must reach out to its frontline resources to harden the circles.

This entails having the local law enforcement and military as the outer circle during the principal’s transport to the cathedral. Also, the second circle, which involves cathedral physical and technological security (like security officers and CCTV cameras). And thirdly, the inner circle will be the Pontifical Swiss Guard and the rest of the Pope’s close protection team.

In Conclusion on Concentric Circles of Protection

The Concentric Circles of Protection method has two primary fuel sources for success: adaptability and creativity. Of course, finances are an inevitable variable to any protective detail and the principal(s) buy-in.

Suppose a security detail uses them successfully. In that instance, it can mimic the Concentric Circles of Protection methodology to fit any executive protection detail.

Team leaders should also delve into past case studies while remaining up to date with security technology to strengthen the circles. Also, be sure to make contacts on a global level. You may never know where an executive protection detail will take you and how resourceful a cross-continental colleague will be.