The Dangers of Maritime Piracy Today

Even though the days of black flags showing skulls and crossbones are long gone, maritime piracy remains a crime with serious consequences for the shipping industry and the global economy. More importantly, piracy still takes a huge toll in human lives, injuries and psychological trauma.

As in the previous centuries, today’s ships carry an immense wealth of cargo and personnel across the seven seas. However, we only need to turn on the news to hear reports about Somalian sea pirates hijacking commercial ships.

In turn, this forced most companies in shipping industry to underline the crucial importance of providing the highest level of security during their maritime operations and to go to great lengths in order to protect their cargo, sailors, ship, and travelers.

The problem of maritime piracy stretches further into antiquity than we might imagine. Some of the first records concern the threat of Cilician pirates, which plagued the Mediterranean and Rome for centuries. They even went as far as to kidnap Gaius Julius Caesar. Yeah, that Caesar…

However, we mostly associate piracy with the seventeenth and eighteenth century. In one decade alone – between 1716 and 1726, pirates captured more than 2,400 ships! More to the present, the International Maritime Bureau (IMB) and the International Chamber of Shipping (ICS) recorded almost 2,000 pirate attacks between the year 2000 and 2004 alone.

Until 2008, those attacks were on the rise by more than 350 year on year. Also, according to estimates by maritime authorities, at the beginning of the last decade, maritime piracy cost the global economy between five and six billion dollars.

Currently, the areas of most concern across the globe are:

The IBM’s recent reports suggest an increase in piracy since 2018. This institution recorded a total of 201 incidents that year – as opposed to 180 in 2017.

The Gulf of Guinea remains the most dangerous location today for seafarers, with vessels boarded even outside of the territorial waters and crews kidnapped and even taken inland to Nigeria, before being ransomed.

Most experts agree that maritime piracy has seen such an increase over the last twenty years due to economic reasons. Namely, most transport ships were relatively easy pickings for modern pirates, providing plenty of opportunities not only for theft, but for kidnapping, ransom and extortion as well.

According to estimates, ship-owners generally suffer between five to seven million dollars in damages, per incident. 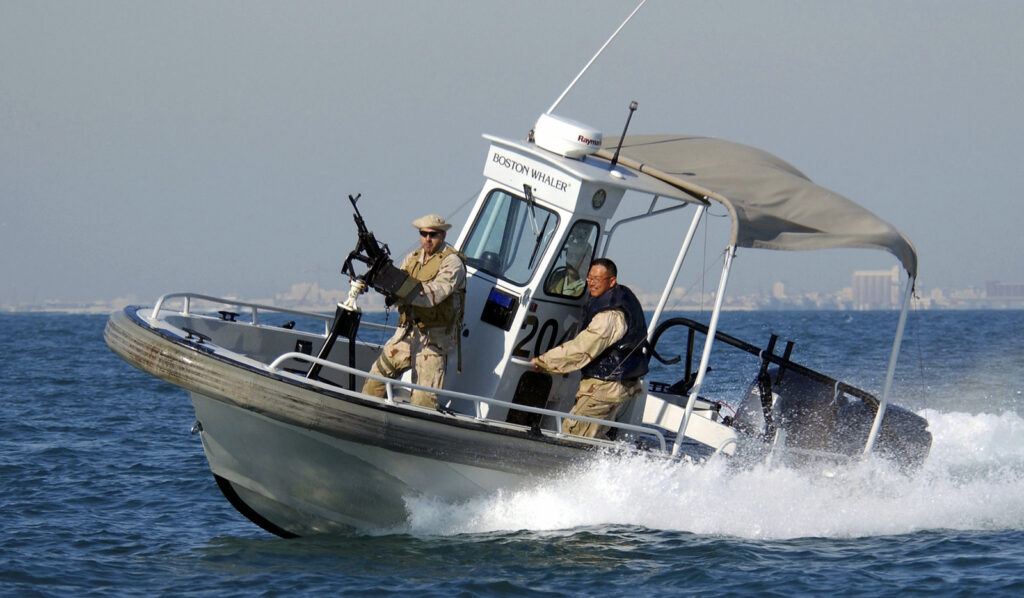 What Happens When Pirates Attack Today?

Even though the times and tech changed – the basic pirate m.o. has not. It involves attacking boats from astern, usually at night, using grappling hooks and ropes to board the ship before anyone raises the alarm.

Now, pirates just pick the first ship they come across. Most of their attacks are opportunistic, with 80 percent of the incidents against anchored ships.  Others, are more sophisticated, with sometimes large scale attacks on ships at sea.

Instead of using sabers and muskets, modern pirates prefer to utilize:

However, there have been incidents of pirates using open source intelligence as well as modern technology – online tracking apps and surveillance equipment.

As mentioned above, West Africa’s Gulf of Guinea is a virtual hotspot of piracy. Until July his year, there have been 98 incidents of piracy and robbery – presenting a 25% increase compared to 2019. Also, 77 sailors were taken hostage in the attacks in the Gulf of Guinea in the first half of this year, accounting for more than 90% or maritime kidnappings in 2020.

The global security company, Constellis, reports that the impact and damages of kidnappings and piracy in the Gulf of Guinea average approximately USD 771 million every year. This presents a significant risk for the supply chains and finances of shipping companies around the world.

The modern threat of maritime piracy resulted in huge losses for quite a few shipping companies. Because of this, the industry had to consider new methods of tackling this problem. Now, a lot of security companies started to provide maritime security services.

Because a large percentage of trade is done through the ocean and piracy is a very realistic threat that needs to be countered, shipping companies often employ maritime security officers. These professionals maintain peace and security on board a ship, and protect its’ cargo and passengers. Maritime security professionals are usually appointed to their respective ships by their companies.

Because safe and secure transport services are crucial, risk prevention is often considered the best solution. Therefor, some of the measures used to deter pirates include:

Of course, the list of counter measures extends well beyond simple deterrents, and companies utilize a combination of other security protocols, including training and armed security officers.

Maritime security teams are usually highly trained, professional and licensed. For example, their companies also help by providing logistical support, government permits, administrative interface and security operations for clients all over the world.

Piracy remains one of the most significant threats facing the international shipping industry. And maritime security services are proving to be an excellent solution to keeping crews and cargo safe and pirates off ships.

Maritime piracy victims are often simply in the wrong place at the wrong time.

Now, the economic and medical fallout from COVID-19 poses additional challenges in the war against maritime piracy. Namely, pirate hotspots in West Africa and South America are now harder to police due to the pandemic.

With hospitals filling with up with patients, regional governments shift their efforts from sea piracy towards more pressing concerns inland. Simultaneously, less global trade and reduced revenues negatively impact the companies spending on maritime security guards and other methods of protecting their ships.

In turn, all of this creates more opportunities for pirates.