Authorities said that an investigation is underway following a Brooklyn subway station shooting yesterday during the morning rush. This morning reports 23 people were injured, 10 of them from gunshot wounds. Of those, 5 sustained critical injuries but are stable.

Media outlets indicate the shooting occurred on a Manhattan-bound express N train pulling in at the 36th Street and Fourth Avenue station. The preliminary information implied that a possible male suspect in a construction vest, a gray hooded sweatshirt, and a gas mask fled the scene.

Eyewitnesses saw the alleged assailant on the train, mumbling to himself before getting up and dropping two smoke canisters on the floor. He opened fire with a Glock 17 nine-millimeter handgun, firing 33 rounds and striking ten people on the train and platform.

The New York fire department responded to a smoke call at the station. Upon arrival, they found multiple gunshot victims. The extent of the injuries includes gunshot wounds and smoke inhalation, said a spokeswoman for the NY hospital system, Lisa Greiner. 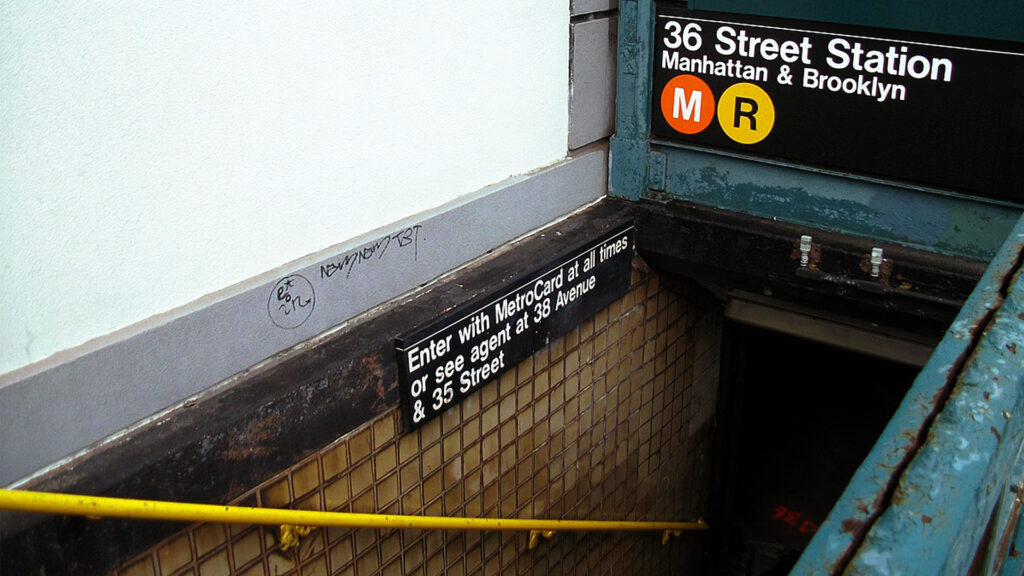 Moreover, reports from several sources reveal that active explosives were seen at the station, along with a couple of detonated smoke devices. However, the NYPD states there are no active explosive devices.

An all-out search for the alleged gunman is a top priority.

The Brooklyn subway station shooting appears to be an isolated, orchestrated attack at this stage. However, as details continue to develop, the situation can change drastically.

Many reports state investigators comb through videos and speak to witnesses to track the man down. Officials describe the suspected shooter as 5 feet 7 inches tall and 170 pounds.

Police officers are searching for a Frank R. James (62), calling him a “person of interest” in the shooting, reports the New York Times. They believe this individual is connected to a YouTube channel where he rants at length on topics concerned with race and violence.

A String of Gun Violence Across the Country

Unfortunately, shootings in the state of New York occur with some regularity. Only last week, one 16-year-old died after being caught in a crossfire shooting outside a Bronx high school. Thankfully, two other students were shot in the leg and back, surviving the traumatic ordeal.

According to Police Department statistics, shootings in New York City are on the rise. Their findings reveal that incidents have risen to 296 from 260 during the same period.

But this isn’t only confined to New York. A rise in shootings across the U.S. shows no sign of easing.

Last month in Louisiana, a seven-month-old baby died during a drive-by shooting. In Arkansas, that same day, a gunfight broke out at a community event – a car show – injuring at least two dozen people and killing one.

At this moment, Denver police officers are investigating a shooting in Leetsdale and Quebec that involves a private security guard. Details regarding the circumstances reveal the individual shot received non-life-threatening injuries.

It’s important to stress that the investigation following the shooting of the Brooklyn subway station is still preliminary. For this reason, authorities warn people to exercise caution when out and about. 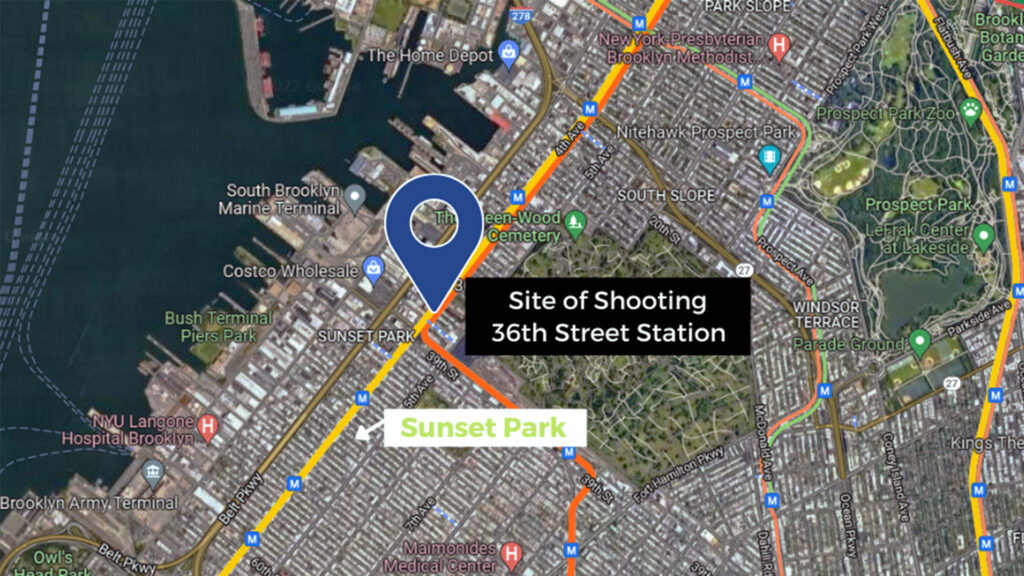 The NYPD urges witnesses to contact a tip line with any information.

During a news conference, Kathy Hochul, the Governor of New York, stresses: “This individual is still on the loose; this person is dangerous.”

Yesterday, the President addressed the incident, paying tribute to the many first responders and civilians who helped fellow passengers. He vowed: “We’re not letting up until we find the perpetrator.”