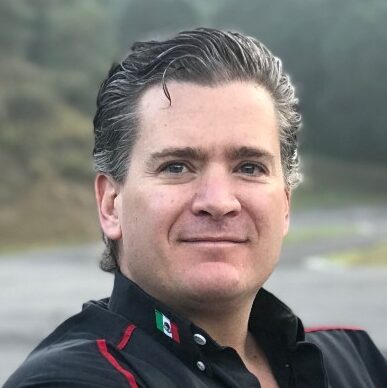 Clients often want to feel powerful, and they want to have armed people taking care of them. The reason is that they think that unarmed people are not security enough and that they will not be able to react appropriately. This was the case with the story of Mr. Adolfo Lagos.

First, this person was a very high-level executive in a media company. He used to have his own bodyguard and support personnel independent from the company. Also, he used an armored vehicle. Apart from that, Adolfo Lagos used to do mountain biking and rode his bikes on trails in rural areas of Mexico.

One morning, he was riding his bicycle with some friends. His vehicle would follow him at a distance for security. One day, a petty thief — who probably wanted his wallet and to take whatever he could get — engaged in a crime of opportunity. It appears that he picked his target randomly. In other words, it was a non-targeted attack.

He comes up to them and pulls out a gun. At this point, it is crucial to understand what the bodyguards saw. We work a lot with perception, and when you are driving, what you are perceiving and the number of things you don’t know adds up.

In this case, the perception of the bodyguard was different from reality. They thought they were being attacked; they reacted as if it was a hit.

The driver speeds up toward where the principal and his friends are, pulls out a gun, and starts shooting at the robber. The robber escapes and runs into the field, into the desertic vegetation.

After the confusion, they realized that the principal was shot in the stomach. So, they decide to evacuate and take him to the hospital. But, unfortunately, he doesn’t make it.

The Aftermath: What Happened to Adolfo Lagos

When experts did the ballistic tests, it turns out that the bullet that killed him came from his driver.

It’s an interesting case because the driver was sure. He saw in his mind’s eye that the bad guy was shooting at his principal. However, there were no bullets from the bad guy’s gun. The only bullets recovered came from the driver and the other support agent with him.

When they look at the situation, the problem is that the driver doesn’t remember. There is nothing in there because everything happened so fast. Many books have an explanation of what happened here. You get tunnel vision, and your capability to focus on your actions narrows to a six-degree circle right in front of your eyes. Everything else around you disappears.

In the aftermath of that attack, they found that not only had he shot the principal, but he had run over the principal’s carbon fiber bicycle and split it in half with the SUV. In addition, his rearview mirror was shot off, which means he was trying to shoot with his left hand while driving with his right hand. He eventually shot the principal.

The Downside of Multitasking

In their place, I would never give a driver a weapon. People think they are good at multitasking. We are not. We believe we can be trained for that, but according to the professionals, that’s a wrong assumption.

Some people would go so far as to teach people to shoot and drive, but our minds work first on one thing and then another. So, you make the decision to drive, and then your brain turns and makes the decision to shoot, and then comes back to driving, and a lot is lost in this switch.

That period between switching tasks is going to add time. When you are driving, time equals distance. You are advancing toward the principal. You might tell your hands to do something, but you might forget to tell your feet to do another thing. This is probably what happened in this case.

On the other hand, having a weapon for a driver gives them a false sense of security. They feel like they can take more risks because they are armed. They don’t necessarily feel or assess the situation around them as they should regarding how big a threat is to them or what they need to do. In contrast, they feel the weapon will get them out of any situation. To them, it feels like a magic wand.

If you take away the weapon from the driver, they will be more afraid, and fear is good. He will look at the situation differently because he knows he is the most vulnerable. If someone wants to hurt his principal, he has to go through him.

On this line of thinking, if we teach him the right mindset and the right skills so that he can make a decision while his brain is automatically doing the driving, he will be making those decisions in terms of how to get out of there — and not on how to shoot the guy who’s attacking them.

I’m not sure how much training they had. But the problem was that the principal, Mr. Adolfo Lagos, wanted to have his security team independently, and they were not a part of the company he worked for.

We know that the company trains its people, but we don’t really know what type of training these guys had. We just get to analyze this based on the reports that were made available to us through different sources, as well as the media.