An alleged investigation may happen following claims that Cristiano Ronaldo’s bodyguards worked illegally for the star as close protection officers in Portugal. The twin bodyguards at the center of the scandal are employed police officers who presumably failed to gain consent from the police to conduct private protection for the legendary football star.

Conducting unauthorized private security services without receiving police permission first, is against regulation in Portugal. In this case, however, the fact that the bodyguards are also operating police officers, currently on leave from the force further complicates the entire situation.

Moreover, anyone who knowingly hires unlicensed bodyguards can also leave themselves open to prosecution in Portugal. Right now, no one is suggesting Ronaldo himself had any wrongdoing in the matter. Whether or not Cristiano is aware of the dishonorable nature of this situation is unknown.

Not to mention, the question stands – is it a breach of police ethics? A conflict of interest that otherwise manifested in the everyday practice of private policing.

Former Elite Soldiers the Centre of a Probe

Recent claims state the two former elite soldiers at the height of the Cristiano Ronaldo’s bodyguards scandal, are currently on unpaid leave from the Public Security Police (PSP) force. In fact, as part of the close protection unit, the twins had the responsibility of protecting politicians and judges. Their task now is to guard Ronaldo and his family.

Additionally, the Ramalheiro brothers served in the elite special force’s unit with the Portuguese army in Afghanistan. When it comes to executive protection, former military and police personnel are very appealing to influential clients as they offer something more complex than brawn and shooting skills.

High-profile clients want the best of the best. Former lieutenant colonel of the brothers described them as “very strong, mentally and physically.”

Now, the apparent provision of unauthorized close protective services during an officer’s period of leave, without permission from the force, constitutes a breach of conduct. According to the online newspaper Observador, it’s illegal to carry out private security without a police license in Portugal. As described by an insider, such action can result in a jail term of up to five years.

The twins may go on trial for providing Ronaldo private security functions without police permission and while formally employed with the police force. According to the media, an investigation is set to occur after the Ramalheiro brothers were seen working for Ronaldo in Lisbon. Incidentally, spokespeople for the police force are yet to make an official comment on the matter. 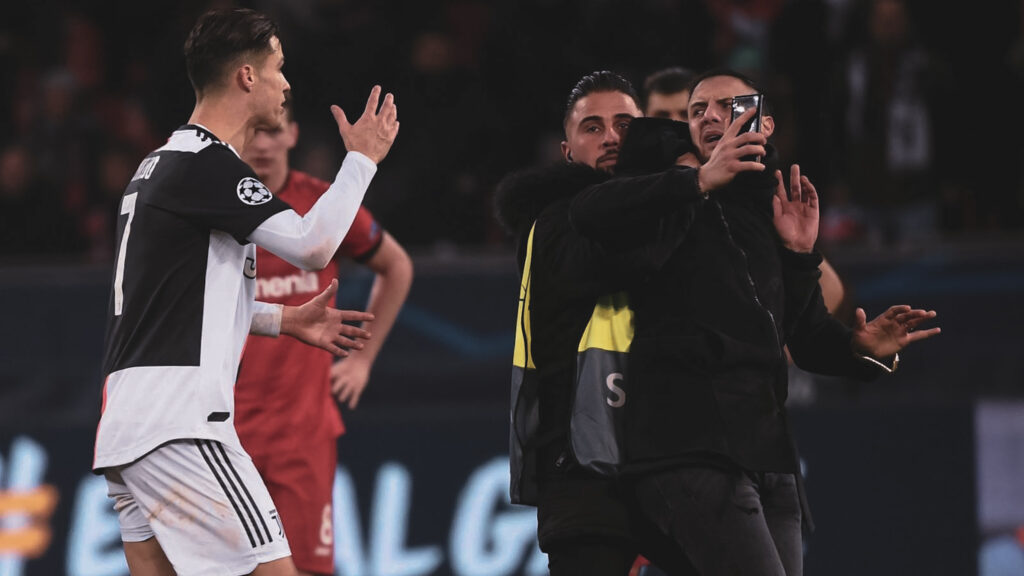 As news outlets report, the wins are due to face disciplinary proceedings once they return to the PSP. Furthermore, claims have surfaced stating that the PSP is in the process of drafting reports for the investigative arm of Portugal’s prosecutor’s office.

If someone knowingly hires unlicensed private security services, they leave themselves open to prosecution in Portugal. Similarly, other countries have introduced a Private Security Services Act, helping confirm whether businesses employ personnel who are licensed to work.

Take, for example, the Cayman Islands, which require an authorized statutory authority to grant licenses to conduct security services. They check if business establishments are following protocols. In addition to such regulatory restrictions, security operatives must carry their license to produce it for inspection at the time of the request.

Furthermore, it’s a breach of the Services Act for unlicensed security officers to be operating in any capacity. This offense is subject to prosecution.

Training bodyguards has been a big business in China for years. What’s more, many people believe there will be more work for private guards in the coming years. Especially with ever-increasing numbers of corporate CEOs signing up for protection.

Nevertheless, with the growing number of businessmen, local and foreign celebrities seeking protective security, China has been experiencing a boom of unregistered bodyguards. No wonder given how lucrative the profession is. Many Chinese are rushing to join the ranks to earn around $3,000 a month — four times China’s average wage.

Those in charge of these unauthorized companies say that people will continue to use their services because they are frightened. Their objective is to feel safe. There’s little regard to whether or not those offering these services are trained by the International Bodyguard Association (IBA).

But, it’s also the responsibility of the business to disclose this information. Not to mention, government agencies must be held accountable to effectively deal with these problems.

The assertion that Ronaldo’s elite bodyguards worked illegally for the Manchester United striker highlights the problem with conflict of interests on the part of individual police officers.

The major issue with the Cristiano Ronaldo’s bodyguards scandal is the obvious lack of questions Ronaldo’s security team failed to ask. Along with the correct regulatory steps that clearly didn’t happen during the employment process.

We only know the twins are part of Ronaldo’s around-the-clock security operation. As well as the fact they chose to perform private security functions without police permission.

As this investigation continues and the controversy unfolds, more details are sure to come to the surface. Finally, what do you make of all this? How will the event shape our profession?

Sign me up!
Share
Facebook
Linkedin
Previous article
When Bodyguards ‘Tell All’ — Slippery Slope with Discretion
Next article
Announcing the Winners of the Top EP Training Schools for 2022 Contest