The Evolution of Perimeter Security

Perimeter security is one of the oldest concepts in the history of security services. Basically, it’s been around ever since people had any property that they needed to defend. Even the role of perimeter security remains the same through the ages:

In technical terms, a perimeter represents property boundaries and can include walls, fences or hedges as a line of defense against trespassers. Historically, this also included fortifications, towers, ditches, dikes and moats.

However, in terms of the security services industry, things got a bit more complicated as modern clients seldom live in castles anymore. In recent years, because the threat of attack is significantly less than over the previous centuries. Massive walls and towers have been replaced with quite different perimeter security systems.

But it still holds true that the more valuable the clients property – and the more important the client is, the more complex and complicated their security is.

With the advent of modern technology, society has shifted its focus away from perimeter security and towards internal building security. Alarms against burglars or intruders and the use of electronic devices are some of the most popular tools that home and business owners nowadays use to protect themselves, thereby reducing their need for this type of service.

However, rather than increasing their safety, this shift has had the opposite effect. Namely, relying on internal alarms is in this case flawed since these systems usually only work when an intruder is inside the premises or is breaking in – and trying the windows or doors of the building or other entry points.

Sometimes, these alarms trigger in cases of forced entry. Often, the alarm only goes off when someone already breeched the perimeter. In either case, there are numerous other problems with relying heavily solely on alarms.

If the alarm triggers after someone tries to break in, than by the time it sounds it’s too late since the attacker is already inside. Or he can have ample time to study your defenses up close without sounding the alarm and figure out how to disable it.

Apart from that, internal security alarms leave any property outside the building unguarded. And perhaps most importantly, a noisy alarm is a small deterrent to an attacker already inside your premises who means you harm. 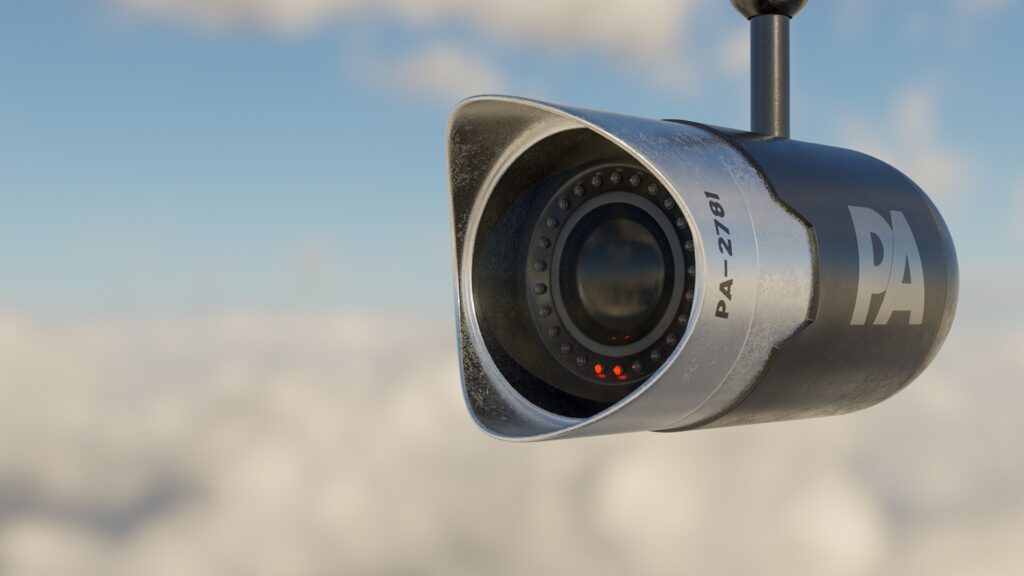 Think of a basic, regular fence. It’s a typical example of passive perimeter security. Sure, it will delay most trespassers from entering the property – maybe even stop a few of the less capable. But unless it’s alarmed, you won’t even know that there was an intruder on your property.

Now, imagine that the fence was alarmed and that as soon as the perimeter is compromised, the property owner along with his security team and police gets notified. Doesn’t that sound like the safer option?

Of course, the best security solution is the one custom built to the particular needs of a client. In that sense, a system designed for an executive’s home does not need to as complex as the system employed by Apple in their offices in Palo Alto. All it needs to be is effective – and for that it needs to employ an active approach to security.

As we said, traditional burglar alarms offer little to no protection, all they do is create a false sense of security. An active perimeter security that alerts property managers, owners and designated response teams of a security breach at the fence will greatly reduce the chances of additional damages, thefts or attacks to your property.

In order to achieve this, active perimeter security applies a number of high-tech solutions and tools, such as:

So far, we have mostly been concentrating on this issue with respect to homes and offices. We also need to take a look at event perimeter security, as one of the best ways of deterring any threats from happening during events.

In the first place, you should decide where to establish the perimeter at an event. A lot of incidents happen right outside of where the perimeter protection placed. So, you need to secure not only the immediate event space, but also its near vicinity.

Most venues come with their own form of perimeter protection. However, there are a few modern tools you can implement in order to maximize safety during large events.

Some popular modern solutions include defense against vehicle attacks during events – so called vehicle mitigation barriers. These are particularly important to consider since the number “vehicle as a weapon” attacks has been increasing.

In any case, perimeter security and, therefore, perimeter protection are essential requirements for most types of properties – from industrial to commercial, from public to private and residential.

Modern technological developments deeply changed the very concept of perimeter security. This constant technological evolution allows for the implementation of much smarter and more effective perimeter protection systems, strategies and practices. In turn, this guarantees greater levels of protection, regardless of particular locations or different circumstances.

Of course, traditional means of security are no completely without merit. Burglar alarms and fences are very affordable and are better than no protection. But they fail to provide the level of protection and sense of security that VIP clients need.

If you are looking for an effective deterrent against intruders or attackers, reduced risks of theft or trespassing – and in general, peace of mind, you have to get an active, high-tech perimeter security system customized to your specific needs.

Social Engineering: Preying on Our Humanity