The second industry expert we invited to share his experience in split-decision making is Anton Kalaydjian. With 20 years of experience in celebrity protection, Anton gives us a 360-degree look at some of the most challenging real-life scenarios he has encountered so far.

About four or five years ago, I was in France for the Cannes Film Festival. And at the same time, they had Formula 1 at Monte Carlo. So every celebrity in the world was there, and when you are doing celebrity protection, that doesn’t prove easy because you will not get the treatment you get on an average day. Because everybody is somebody!

I was protecting a prominent pop artist at the time. We were among hundreds of other major celebrities. Whenever we are overseas as an American especially, it’s tricky because there is a stigma among American people and American artists. So, you have to try to mitigate that.

During that week, many situations happened, but one that comes to mind is that my artist had to go to a nightclub because the award show had some premier at the nightclub. It was the main club there, and many celebrities were present.

I did my advance and checked everything out first to ensure everything was good. I meet the head of security, the club owner, and the promoter. Get the vehicles and comms sorted. I get my client in the vehicle. We join our convoy. We got there a little early, as my artist wanted to go early.

As soon as we enter the club, there is a central VIP table, where they had a throne, believe it or not. It was sitting in the middle of the VIP lounge. My artist decided to sit on the throne for fun. He was sitting on the throne — no big deal. But then a guy comes in, looked like a mob boss or some kind of shady guy. Anyway, this guy was important and had about four or five bodyguards with him.

He didn’t speak much English. But, of course, it’s France! Why should they speak English? At first, the guy wasn’t upset about this famous guy sitting on his throne. He joked about it by telling my artist: “Hey, you are sitting on my throne.”

My client was a little intoxicated and showed him the finger. The mob guy got really offended. So then, the club owner tells me, “Hey, that’s the main guy here. He comes here every week. We don’t want to piss that guy off for many reasons.”

Now I got to think about myself as a celebrity protection person: “Man, I’m the only bodyguard. I’m by myself with this famous artist. And we are in this guy’s section and my client is insulting him. He got four bodyguards ready to destroy everybody in front of them.”

Lying for the Client’s Sake

So, where does the quick decision-making start in this case? In our industry, we do have to lie sometimes for the safety of everybody. Once my client put the middle finger up, the guy got really insulted, and the bodyguards ran up to him, and I got in between them. I was overwhelmed, but I ended up locking in arms with one of them, the main bodyguard. We just locked each other’s arms.

Luckily, the boss knew a little English, but the bodyguards didn’t. So, the boss was saying: “No, no, okay, I understand.”

It was a quick decision I had to make. What do I do? Should I engage with these guys? Do I lie? I had to make a decision.

We ended up calming them down a little bit. I told them I would get him out of the main guy’s chair. The club owner said that my client pissed off the wrong guy and that it would get terrible.

A major film action star came when we went to the owner’s table. Now my artist and this movie star are sitting both at the table, and I kind of calm the situation down with the table next to us. I went to the mob boss guy, as I believe that is who he was. The club owner strongly hinted he was. You sometimes run into these in celebrity protection.

I knew he wasn’t very happy. So I told them, “Hey guys, thanks again. Sorry for that earlier.”

The Culmination: A Celebrity Protection Crisis

Now we are at the owner’s table, and this movie star has a big fellow with him. But he is not a bodyguard but a big, heavy-set, sloppy guy. He is wasted, he is drunk, and kind of falling over himself.

At the VIP tables, they don’t sit on the couches as you do in your living room. Instead, they end up sitting on top of the couch, their behinds on the top of the back post.

Everybody is on the back post, and the drunk guy ends up falling on the glass table. All the bottles fall down. It’s a big mess. The guy is smashed. In the process, everybody was holding each other, including my client. The whole couch fell backward. That crash started a big fight between the guys on whose throne we were sitting and the guys at our table. A bunch of guys were now fighting. 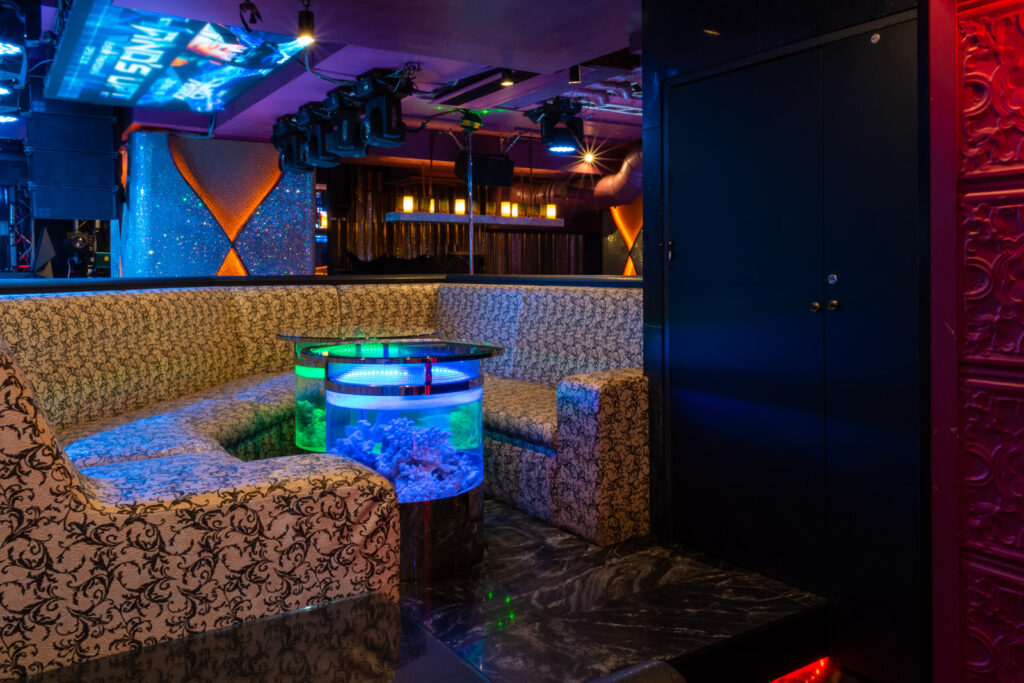 I grabbed my client from the ground. I slam the other guys’ arms off my client. I put him on my shoulder like a bag of potatoes and ran him into the corner of the nightclub.

Now, here’s another decision I had to make: Do I get him out of the club?

No, you don’t, because you have to think proactively. If you get him out of the club, everybody that’s engaged in the fight will be getting bounced out at the same time. So, I decided to put him in the corner of a wall, and I hovered over his body because bottles were flying left and right. It was a full brawl.

Luckily, I didn’t get hit. I knew my client wouldn’t get hit because I’m a big guy. I had him in the corner where nothing could touch him and I hovered over him. So I had to make another decision.

I made a decision earlier to lie. So, now I have to decide to get him out of the club or keep him here. I kept him there because I didn’t want to get him out into the hornets’ nest.

Things calmed down, and the bouncers came in, throwing everybody they had to out. Police were outside and handled the people out there. Everything calmed down. The music stopped, the lights were on, and it was a big mess.

Now, as the music starts and the lights go off, my client asks me, “Hey Anton, can I stay here for a little bit?”

I tell him: “Listen, we’re gonna stay here for at least 30 minutes. But you’re going to move to this table where it’s empty. Forget about the owner’s table, the big throne table, let’s find our own table.”

A Bit of Breathing Space

I find this table, and I put him in there. I let him do his thing. The night went on, and I gave one of the bouncers 50 American dollars and asked him to pop his head outside, see what it looked like, and let me know if those guys were still there.

He did it and came back, telling me the coast is clear and nobody’s out there. So I had to make another decision, should we wait longer, or should I trust this guy a little bit?

I contacted the driver and told the club owner we were going to leave, told the client we were ready to go.

We end up getting in the vehicles. The coast is clear, nothing is going on. We are driving, and all of a sudden, I notice that our driver is following a vehicle. And I ask why the driver is following this vehicle. My principal said: “Oh, those are the girls from the club I was talking to. We’re going to their villa.”

And again, you got to make a decision. So I said, “We aren’t going to their villa. Those girls were talking to that mob guy.”

For all we know, she could be setting us up and taking us to his villa. It’s not often that young girls have their own villa, so you got to make a decision. You got to think quickly.

Instead, I suggested that we contact them and let them know to follow us. I can’t tell the client they can’t mess around with those girls and are going straight to their room.

Now they were following us. It was better that way because where we were, it was a compound with gates, walls, and residential security. I knew I was coming into a sterile environment.

When we started moving to that compound, the client said to his friends in the car: “You see that. All you guys think about are chicks. You don’t think about me, about my safety. Anton thinks about me. He was exactly right.”

Basically, I wasn’t going to allow going into the hornets’ nest because we are not from there. We don’t know those girls. I had no firearms on me, as I was an American and wasn’t permitted to carry. So it was me versus everybody, and I wasn’t going to put my client at risk. Another decision that I had to make was to make them follow us. We got them to the villa; long story short, it was a successful night. They had fun.

It was a series of decisions I made. Had I not made those right decisions, it could have ended up very badly.