Uvalde, Texas, witnessed a horrific event this Tuesday. During the crime, 18-year-old shooter Salvador Rolando Ramos killed 19 children and two teachers in the Robb Elementary School shooting. Further, he injured many more who are now receiving treatment in the nearby hospital.

Governor Greg Abbott told media that the authorities established the shooter carried a handgun and a riffle during the attack. The police arrived quickly at the scene and eliminated the attacker.

The Robb Elementary School shooting is only one in a series of events of the kind that targeted educators and children in the US. Others include two mass shootings from 2018:

The most recent killing spree has again raised the question of gun laws in the United States. In fact, many citizens, politicians, and public figures are calling for an immediate reevaluation of the country’s — as some would put it — lenient regulations on firearms.

As a matter of fact, US president Joe Biden condemned the killings. Moreover, he opened a debate on gun control and urged voters to turn their pain into action.

But others, such as the Republican senator for Texas, Ted Cruz, repeated that the restriction of constitutional rights of law-abiding citizens to prevent mass shootings doesn’t work. Instead, he pointed to placing armed officers on school campuses as a viable solution. 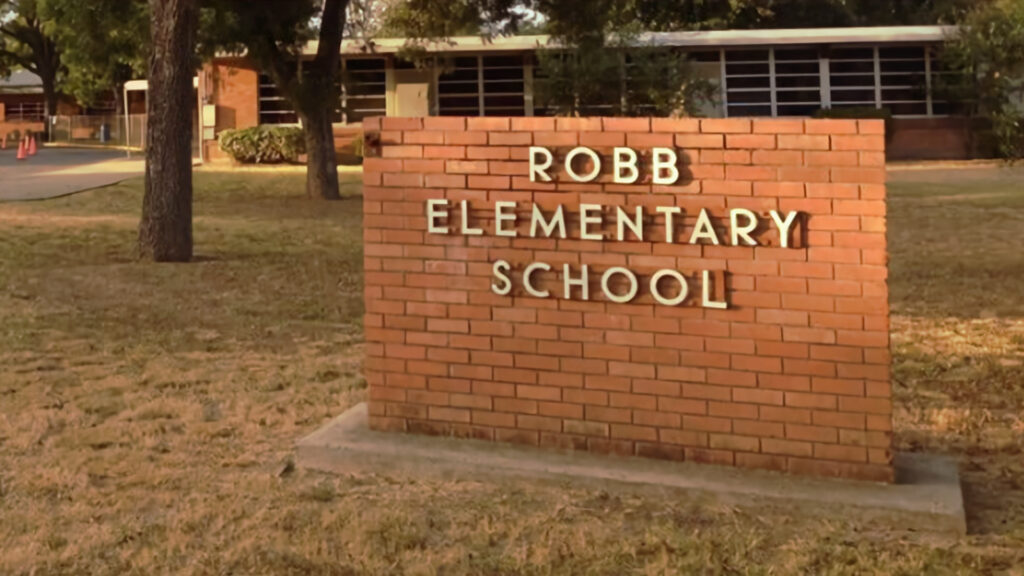 According to a Texas Department of Public Safety representative, lieutenant Chris Oliver, the suspect shot his grandmother before arriving to resume the bloodshed in what is now known as the Robb Elementary School shooting. In fact, the institution’s delegate said that the suspect “started shooting every single person that was in front of him.”

The indiscriminate nature of the attack on innocents has allegedly deep roots in the shooter’s frustrations. In fact, some connoisseurs told the media that Salvador Rolando Ramos was a victim of bullying for his lisp and wearing eyeliner. Reportedly, he shot his grandmother after an argument about his failure to graduate even though he had just turned 18.

Additionally, authorities stated that Ramos purchased a pair of rifles for his coming of age. Apart from buying firearms, he also posed with them on social media. However, it remains unclear if these are the same weapons he used during the shooting.

As an advocate for well-trained people legally carrying firearms, I believe access should be more regulated in a way that would have stopped someone who just turned 18 from buying two semi-automatic weapons within one week.

There needs to be a nationwide database that connects people who purchase more than one assault-style firearm in a short amount of time and with no flags for any history of mental illness or violence.

98% of active shooter events come after extensive telegraphing of the actual event or acts that should raise red flags in the minds of people that know them. It will take training for people to understand the signs of recognizing this type of violence and then what to do once they realize it.

As soon as students and school staff heard gunshots, the Uvalde Consolidated Independent School District sounded alarms in the form of a Facebook post. Anne Marie Espinoza, the Executive Director of Communications and Marketing at Uvalde CISD, said that “all campuses are under a Lockdown Status due to gunshots in the area. The students and staff are safe in the buildings. Your cooperation is needed at this time by not visiting the campus.”

Unfortunately, no one could do much beyond this point, as the shooter had already started carrying out the massacre. So what remains are the terrified families of the deceased. They mourn for 19 pupils aged between seven and 11 years and two teachers.

If the Robb Elementary School shooting teaches us anything, then it’s that the unrestricted purchase of firearms needs to be urgently addressed.

Where do you stand on this issue, EP Wired readers? How could we avert future tragedies of this kind?