Just as a Traverse City Carnival ride malfunctioned, one man didn’t hesitate to rush over and help, preparing to hold it down on his own. Other bystanders quickly act and lend a hand.

What Happened at Traverse City Carnival

Eyewitnesses were quick to speak out after a ride at Michigan City Cherry Festival started to tip over and onlookers rushed to save the day. The incredible incident that occurred in Michigan was caught on camera.

From the footage, it’s evident the ride made a noise as something snapped and then started to go full throttle. Next, the ride quickly increased to three times the speed it normally goes and starts to tip back and forth. We can only imagine how frightened the passengers on board were. 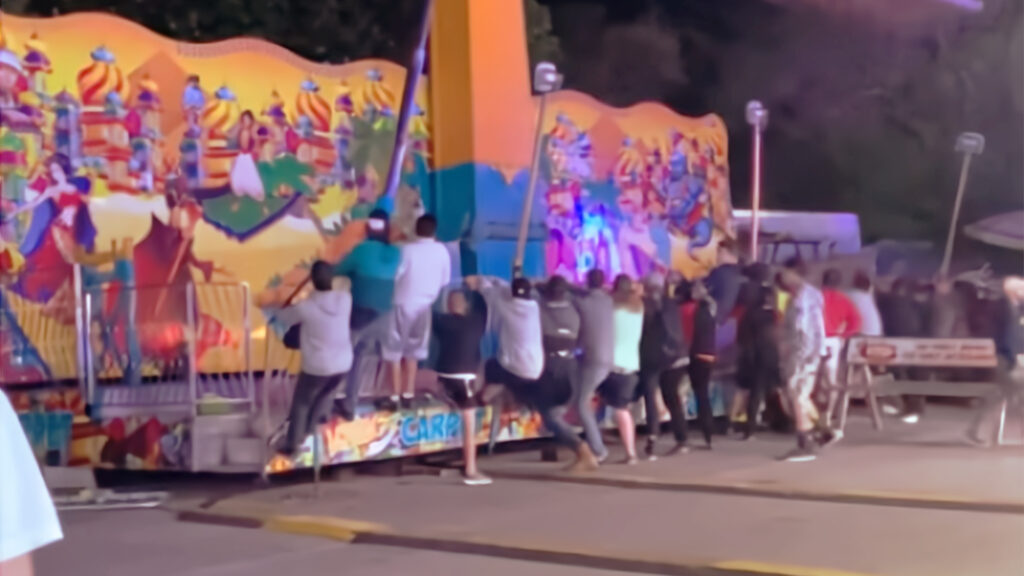 At this point, the operator of the ride immediately jumped off to shut down the main switch. Bystanders quickly acted and ran toward the broken Magic Carpet Ride to hold the machine down from flipping over.

Thankfully, in the end, there were no injuries and no one was hurt.

Sign me up!
Share
Facebook
Linkedin
Previous articleBuffalo Security Guard Killed in Mass Shooting Hailed as Hero
Next articleWhy is Executive Protection Important to an Organization