On a tour to promote his upcoming film, Elvis, Tom Hanks yells at fans during an altercation involving his wife Rita Wilson.

As the media reports, the actor and his family stood outside Nobu restaurant as a group of fans surrounded the couple and, in the scuffle, Ms. Wilson nearly fell over.

More clearly, a few unidentified individuals pushed Wilson and stepped on her heels. At which point Hanks turns to the group and yells for them to “back the f*** off”. The group includes the paparazzi.

Furthermore, a video of the incident is now going viral on social media.

From the available footage, the famous actor and his wife are seen exiting the popular sushi restaurant, surrounded by security and a mob-like circle of fans who wanted an autograph.

As is evident, the star couple continues walking even as fans call out to Hanks. Wilson appears to slip and stumble, at which point the actor quickly jumps into action, turning toward the crowd, and yelling: “Back the f**k off!” 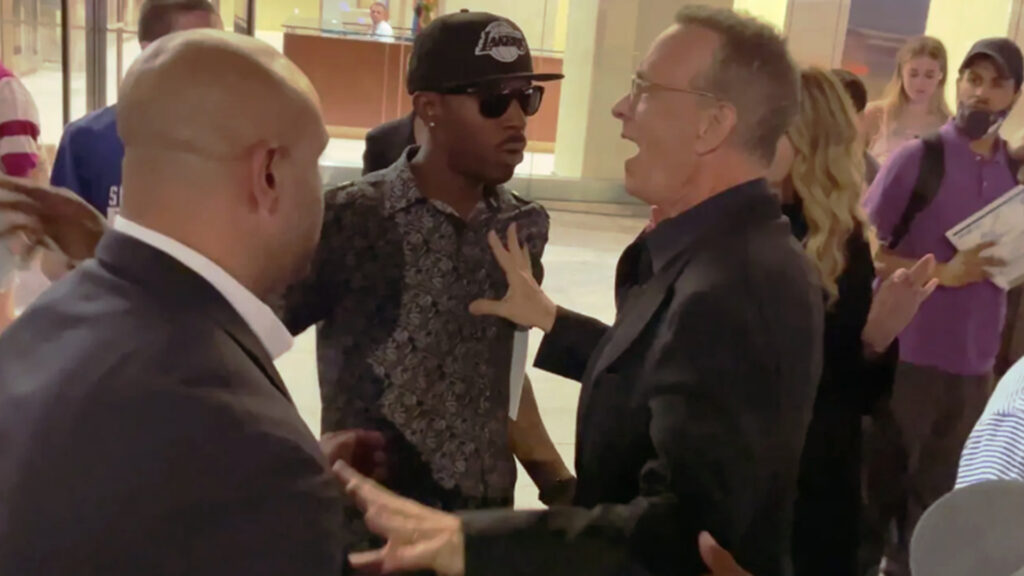 At the same time, Wilson shouts, “Stop it!” Hanks adds to that, “Stop knocking over my wife.” Sadly, only one fan is heard apologizing, saying, “Sorry about that, Tom.”

Next, Wilson hurriedly made her way to a car waiting for her, while Tom dealt with the group.

Security’s Role in the Incident

Social media users supported Mr. Hanks for his actions. They say his response to the incident is a reasonable reaction. Then again, they almost took out his wife, and he stepped in to make it clear such behavior is unacceptable.

One security guard did try to contain the situation by swiping at fans to move away. However, the couple quickly separated from the crowd.

One pressing question is how well the star’s security team was concerned with the supposed formation around their principle when exiting the building. Could all this have been carried out more efficiently?

After all, to act in the safety of the client, it’s necessary to have a good knowledge of the environment. You, as the agent must know whether or not the principal is comfortable and safe.