The Alec Baldwin shooting and some of the past gun failures during filming point to a larger safety issue that needs to be addressed. Media outlets declare that two other accidental gun discharges at the New Mexico movie set happened. This occurred mere days before the famous actor Alec Baldwin fatally shot cinematographer Halyna Hutchins and injured director Joel Souza.

Experts agree that the checks performed on firearms on set are usually extensive. As such, the possibility of getting to this instance is highly improbable. Which begs the question: How can something like this happen if proper caution and safe gun handling were employed?

Moreover, this tragedy has placed the issue of the use of guns in film and television productions in the crosshairs. Some raise the question of whether guns loaded with blanks must be fully outlawed for use in movies?

A Real-Life Tragedy. Still, Not the First Mishap on Set

Last Thursday, the Alec Baldwin shooting happened during a rehearsal scene for the film Rust. In this real-life tragedy, the bullet accidentally hit both The Director of Photography and the Film Director. The Los Angeles Times reports that Baldwin fired a live single round, and they rushed both Hutchins and Souza to the hospital.

According to the Santa Fe County Sheriff and the affidavit they filed; production weapons master Hannah Gutierrez handled the prop gun used on set. As the firearms specialist, Gutierrez is responsible for checking the security of the firearms. In addition, the armorer’s job is to instruct cast members on their safe handling.

Why did Gutierrez set up the three prop guns on a cart outside the building the scene took place? And what reason did the assistant director, Dave Hall, have to pass off the weapon to Baldwin? Not to mention, specialists in firearms handling claim that live ammo would never be on set. Still, how could Dave Hall have picked up a gun loaded with live ammunition and handed it to the actor? Especially since he was under the assumption, the weapon was a cold gun.

Furthermore, in line with the staff reports, we understand that at least two accidental gun discharges occurred prior to the shooting. Thankfully, in these instances, no one sustained an injury. Still, in the instance of a firearm going off, the production team should have undergone a reinforcement of protective measures. Perhaps, temporarily disallow the handler from using firearms while an investigation follows. There is no clarity on whether this happened.

What Are Prop Guns and Are They Dangerous?

Using prop guns in movie production helps to imitate live ammunition and gives an air of authenticity. However, commonly used blank rounds can undoubtedly be dangerous. The reason is that during production they use real weapons that fire blank cartridges. Film directors love using blanks because they imitate the real deal.

Blanks are filled with the same gunpowder and primer in a case of shelling. But a blank is not a real bullet, lacking the projectile or bullet end. Without this projectile, when you fire the blank you get a loud bang, a recoil, and a visible light created by the powder combustion.

Notably, blanks and prop guns are most secure when used in a safe way. Therefore, there’s plenty of room for mishandling, and that’s when they may become lethal. Unfortunately, when mistakes happen, they often lead to catastrophes.

On the other hand, specifically designed dummy rounds are used in dry-firing. This practice is safer, in theory, because the firearm chamber is empty and cannot go off. And yet, the film industry under-utilizes dummy rounds.

The Associated Press reports that, just in the US from 1990 to 2016, there were 43 deaths and 150 serious injuries sustained on movie sets. All result from mishandling or malfunctions in using prop weapons. One prominent case happened back in 1993. Back then, actor and son of legendary martial artist Bruce Lee, Brandon Lee, was shot dead while filming The Crow.

A modified bullet fired from an allegedly safe prop gun perforated Lee in the abdomen. Prior to this, in 1984, actor Jon-Erik Hexum died after shooting himself with a blank pistol. Sadly, the 26-year-old unknowingly took a loaded gun in between takes and shot himself right in the temple. 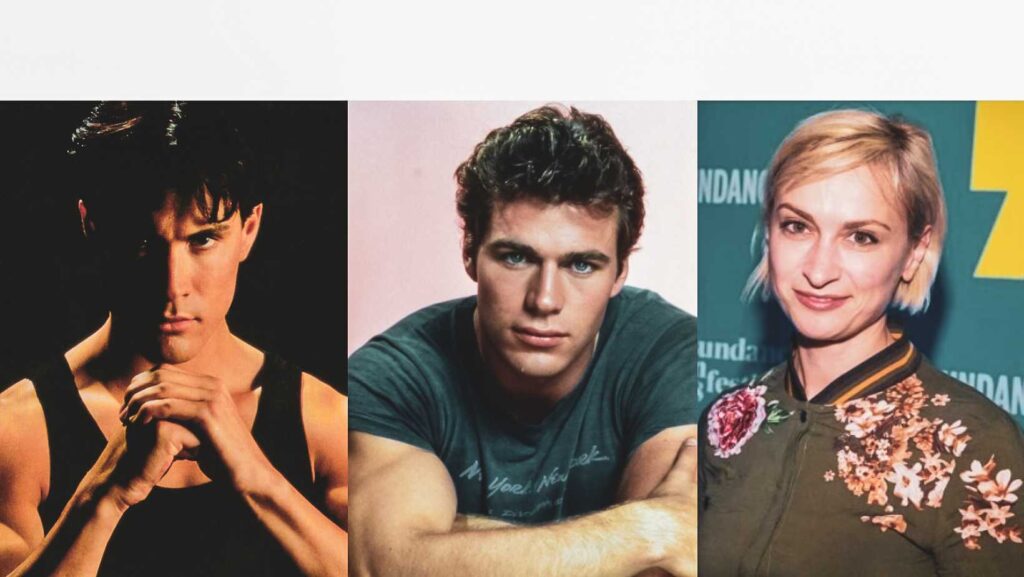 The recent Alec Baldwin shooting and unfortunate death of Halyna Hutchins, along with the deaths of Hexum and Brandon Lee, highlight the problems with using blanks. Yes, even without a projectile, blanks can pack vast power.

As reported by Mike Tristano, an armorer who has worked with Baldwin in the past, every set must instill and keep to basic safety measures when working with prop weapons of any kind. The specialist must provide the weapon and advise on its use. Further, they’re responsible for teaching actors how to hold a gun, load it, and check to make sure it’s safe to use.

The number one rule that must be impressed is to never point a gun, even a prop one loaded with snap caps, at someone else. If during filming an actor is in the line of fire, the crew provides a face mask and goggles.

Using dummy rounds or snap caps are safer because they contain no explosive ingredients, and there’s no reason for anyone to be pulling triggers. When you shake it, it’s a definite giveaway of a dummy round. Also, a snap cap looks almost identical and has the heft of a real bullet.

Finally, there’s the option of implementing CG gunfire and replica firearms. Metal replicas, rubber guns, and even detailed water pistols can look very convincing. In particular, when you add smoke and flash during post-production. The downside is this process is an expensive endeavor that requires plenty of foresight.

Many questions regarding the tragic Alec Baldwin shooting are buzzing about.

For one thing, we’re all at a loss how this incident could have happened and how one person could be tragically killed and another injured in the same event. All the more in a supposedly safe environment.

Similarly, we need to ask if security was in place to keep watch over the props the armorer placed on the cart? Had they left the props unintended for any period? And what position did the assistant director have in handing over the gun to the actor?

Lastly, at a time when gun effects can be cheaply added using computers, is there even a place for blanks and real pistols? At the same time, the use of CG gunfire and replicas may be wildly impractical for many productions. So, what’s the answer?