All Shades of Hand-to-Hand Combat

Foreign and domestic governments take unreasonable and unrealistic decisions all the time. However, with cross-border risk, these decisions tend...
Read more

Executive protection advance work is one of the most important things that you have to do ahead of any...
Read more

Whatsapp, a Facebook-owned messaging app, up until now reputed as one of the most secure communication tools, gave its...
Read more

For the largest part of our civilization’s history, the most accessible way of getting out of harm’s way was hand-to-hand combat.

We―humans, or rather homo sapiens―came into being some 200,000 years ago. In this period, our most important task was to protect ourselves and those we care about from harm. Of course, among other things, like gathering food and pondering the beauty of existence. The most convenient way to shield ourselves was to be bodily able and know how to use our hands and feet if an emergency arises.

As the millennia progressed and human civilization became more sophisticated, we discovered other means of protection. Some of them include weaponry, technology, and different tools. But what do you do when your sword breaks or you run out of bullets? What happens if your crossbow stops working or your rifle jams mid-battle? Exactly, you need to use your bare hands. And good luck with that if you didn’t get the prior training!

Anybody can learn hand-to-hand combat and use it in most situations, particularly emergencies. And boy, were there many of those in the past few thousands of years. Think of all the pillaging, wars, and other stuff. People really know how to make their lives miserable.

Fast forward to 2021. Everyone is mostly concerned with privacy and security online. Only a few countries still grapple with general public safety, while most have figured out how to protect their populations. Nevertheless, there is still a small portion of people―you may know them as VIPs―facing many issues concerning their safety. They have to handle large crowds, unpredictable encounters, and random people meeting them on the street or during public events.

Fans and others who happen to be around call them out and try hurting them either willfully or inadvertently. They attempt to touch the VIPs or cause scandals on the spot. In any case, the very important persons involved need to feel safe and be safe. After all, isn’t that what everybody wants?

Hand-to-Hand Combat as a Critical Skill

The best way to provide this sense of security is to have a proficient and dedicated executive protection agent or team. They will need to ensure that the VIPs can go about their own business without being afraid for their lives. On top of that, physical strength and mental toughness are crucial if an EP agent is going to provide the proper protection.

This encompasses the use of EP gadgets and technology, as well as physical intervention. Yet, technological tools won’t help them out if they find themselves in a specific situation. Say a star-crazed fan is galloping toward our VIP. There isn’t much an executive protection agent can do other than stopping the person from touching the client by any means necessary. That is, in most cases, by using hands.

What comes in handy―pun intended―in this kind of emergency is for the EP agent to know how to manage the attacker or intruder physically. This involves knowing certain moves and possessing particular skills. The real value of hand-to-hand combat is that it teaches an EP agent all they need to know to stay on top of their game.

According to most definitions, hand-to-hand combat is an unarmed physical conflict between two or more persons in the short-range. However, the subtleties and nuances are far greater than that, like in any other profession.

The best-known self-defense and fighting system―or hand-to-hand combat for our purposes―is called Krav Maga. Developed in the 1950s and meaning contact combat in Hebrew, it combines techniques and philosophy from different martial arts and fights training. One of this system’s most potent powers relates to its use for civilian, law enforcement, and military needs.

This means that hand-to-hand combat has a unique place in executive protection, which we also discuss at length in this EP Wired article. 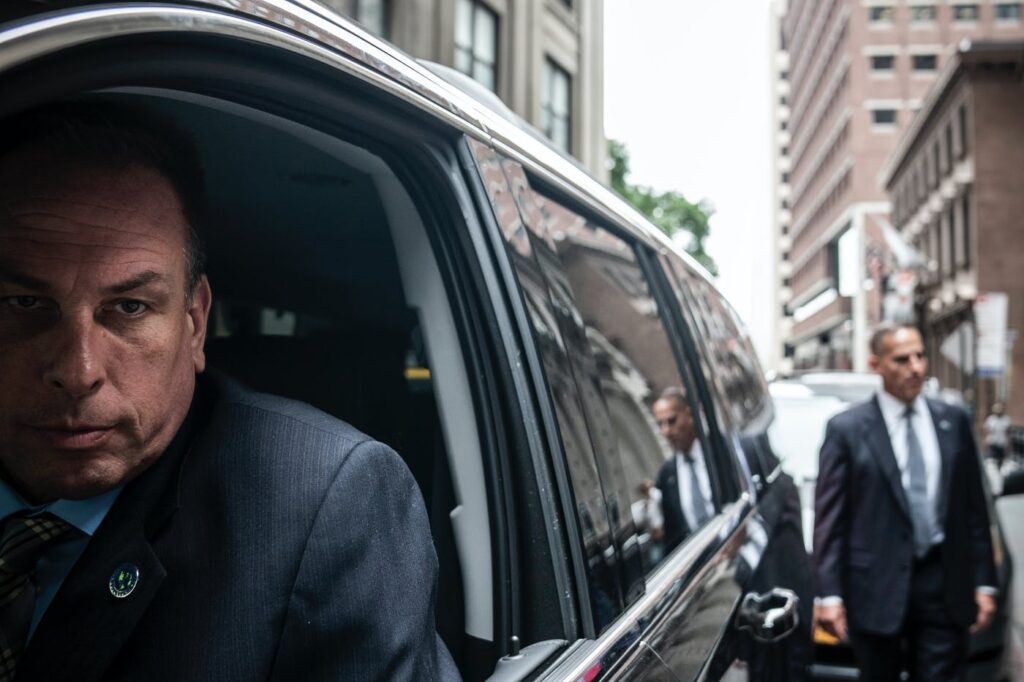 If somebody is threatening their client’s life, executive protection agents can rush to their rescue using simple Krav Maga techniques. Although engaging in bodily conflict is the first sign that EP agents have partly failed, learning martial arts and fight training is extremely important.

Here are the elementary techniques any EP agent can acquire:

Of course, these are only the basics. According to some established instructors, a person needs around four months to perfect the first level of Krav Maga. The system’s more advanced practices imply that a trainee should learn about dealing with multiple attackers and working in complicated situations. Basically, the headache of any executive protection agent. So, to alleviate the headache, EP industry specialists need to put learning Krav Maga on their to-do lists.

Last but not least: the top executive protection companies out there will ruthlessly check your skills of physically handling emergencies.

The Dirty but Effective Combat Moves

Not all hand-to-hand combat is created equal. Experts say that there are certain dirty moves that those involved in a close and near fight sometimes use. So, let’s discover some of those—both for the sake of our executive agents and their clients.

The long knee. When a rival wishes to knee the enemy but there’s little too much space to approach them directly, they use the long knee and implement the strike.

Eye gouge. This dirty move is precisely what it sounds. For this purpose, the fighter needs to thrust two fingers or two thumbs into the enemy’s eyes sockets. Scarily, the goal is to crush or scoop the eyes.

Elbow strikes to the back of the neck. This movement works best when coupled with the long knee because the opponent is doubled over. Similarly, a strike to the groin or stomach can also do the trick.

Stomps to the knees or groin. If the rival is supposed to stay on the ground, one way of ensuring that is to conduct a downward stomp. When stomping the groin, the inflictor can cause nausea and extreme pain. Moreover, a substantial hit to the knee may disable the joint, making it impossible to stand.

We aren’t recommending that people use these but rather be on the lookout for attackers and intruders who may think otherwise.

Just because an executive protection agent is prolific in hand-to-hand combat doesn’t mean that they should utilize it at all times. Sometimes, talking it out or creating another distraction can benefit both the client and the agent.

If a fan or stalker isn’t especially physically aggressive, asking them to stay away or diverting them with small talk can work wonders.

We aren’t saying that EP agents should impress an attacker with their assertive communication skills. Instead, we recommend that they know how to use words to distract or repel the intruder effectively. It might just save them from some inconvenience and disruption.

Foreign and domestic governments take unreasonable and unrealistic decisions all the time. However, with cross-border risk, these decisions tend...
Read more
Advance

Gun Crime Surge and Dealing with It

Executive protection advance work is one of the most important things that you have to do ahead of any assignment. It’s especially relevant if...
Read more

Whatsapp, a Facebook-owned messaging app, up until now reputed as one of the most secure communication tools, gave its users an ultimatum. Either agree...
Read more

What is a Tactical Security Officer?

All jobs carry certain risks. Yes, even working as a statistician or an accountant. No job is spared. However, when it comes to executive...
Read more

We use cookies on our website to give you the most relevant experience by remembering your preferences and repeat visits. By clicking “Accept”, you consent to the use of ALL the cookies.
Cookie settingsACCEPT
Manage consent