Often, we may believe that having a protective intelligence program is the key to preventing unthinkable acts of violence. But, actually, it’s just the engine that refines all the raw data that goes into your intelligence program. So, hopefully, it’s running continuously in the background. Additionally, it should allow you to make crucial decisions along the way – before it’s too late to make a difference.

Admittedly, sometimes that’s easier said than done. But when we speak of actionable intelligence, the very words imply taking action. Often, this is where we need to advance our programs. And not only that, but ensure our efforts can come full circle to prevent an attack or crime.

We recently saw an unfortunate example of a protective intelligence program that did not come full circle with correct and timely decisions. It was when Capitol Police officers on the front lines were overwhelmed by an angry, highly-charged mob determined to enter the Capitol where many acted with hostile intentions.

Was this really a surprise based on all the shared intelligence leading up to the “rally” held near the Capitol?

Where did the breakdown occur? Even though the mob targeted them, why didn’t the uniformed officers possess the information and resources they needed to defend:

Many people wrote reports and articles back then. They will continue doing so as they outline the mistakes and missed opportunities during the attack. Some people handed in their resignations, and there has been lots of finger-pointing as Congressional hearings continue their investigations.

But the bottom line is this. Capitol Police leadership should not have been caught off guard in 2021 at our nation’s Capitol. This includes others who had the coordination and decision authority with all primary law enforcement and domestic intelligence departments in the District and across the country.

These officers were forced to fight gallantly against our own citizens to provide those inside valuable time to:

The outcome was a failure to provide available timely assets to the Capitol Police. They could have used it to prevent and adequately defend from this attack and the avoidable loss of life. This is in addition to the many physically and emotionally injured police officers. 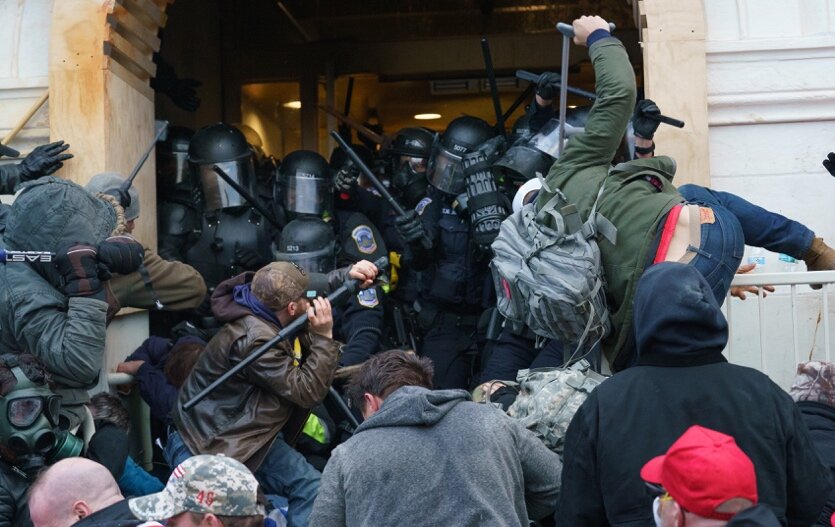 For decades now, we’ve witnessed far too many school shootings, disgruntled employees returning to their workplaces determined to kill, and domestic violence where murder is far too often the outcome. And unfortunately, we also see a significant surge in gun violence in the U.S. and worldwide.

In some cases, there are signs. But, as we have witnessed, those signs don’t always materialize with specific and actionable intelligence in time to stop the violence or even minimize it. In other cases, it might be a failure to connect the intelligence dots. Alternatively, there is a failure to report or act in time. It can be complicated.

Other complicating factors may include limited legal avenues and evidence to effectively investigate those behind threats as they materialize. This is especially difficult if they haven’t committed a crime yet. In fact, our policing and judicial systems are not adequately designed for simply “monitoring” suspicious people.

And this is where our freedoms and civil liberties can oddly and sometimes tragically collide with keeping others safe from someone using those same liberties. In these unfortunate cases, our laws and even a country’s constitution can inadvertently become a protective veil between the bad actor(s) and their victims, right up until the moment somebody commits a heinous act.

This is where protective intelligence programs can significantly assist with gathering and processing valuable, actionable information for law enforcement. Hopefully, with the intent to stop the threat before it becomes devastating or deadly.

But this doesn’t mean we don’t keep trying. Most individuals and even groups will make mistakes. Sometimes they leave valuable investigative crumb trails, especially in the area of all things internet. This is why any protective program must include a purpose-built software platform to constantly analyze and process valuable information to aid the human components of the planning and decision process.

When we speak of “actionable intelligence,” the very words imply taking action.

A private sector protective intelligence program can assist our reduced, strained, and stretched law enforcement agencies. They can also help bridge the gap and alert officials with crucial information to potentially prevent these attacks. But they must come full circle and include the critical human decision element.

As organizations and individuals, we can take measured and proactive approaches. Another thing we can do is apply various increased levels of protection during the investigative and reporting phases.

For example, actively working with local, state, and federal law enforcement about concerns which may include but wouldn’t be limited to:

We gain some of the most critical intelligence when neighbors, family members, co-workers, and friends report a noticeable change in someone’s behavior that is concerning or even disturbing. 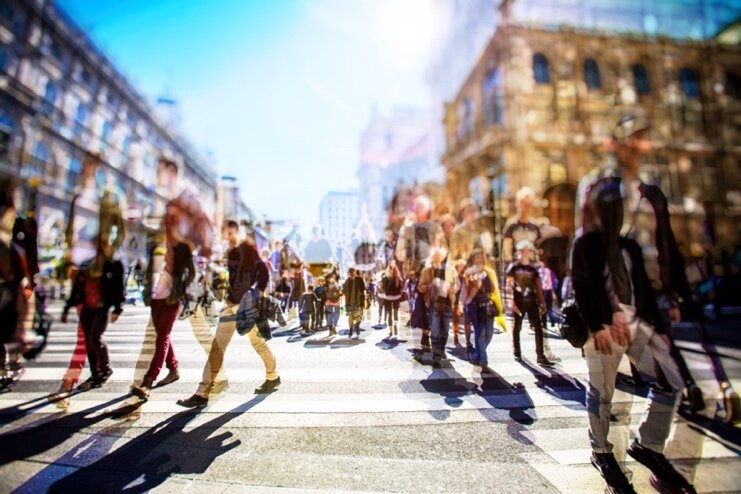 How to Know When to Act

Generally speaking, when you observe highly suspicious and abnormal behavior, this would be the time to discuss your concerns with others, including mental health professionals and law enforcement. This vital information, along with other intelligence, can help connect the dots and allow a better threat image to appear before an act of violence.

Some of the extra efforts can be a deterrent or perhaps sound the alarm louder to officials to address the concern vigorously. One death is too many. Yet, the ability to slow or stop the threat before it becomes a mass casualty is paramount. So again, it’s not an all-or-nothing approach.

Suppose law enforcement and intelligence professionals only have a few pieces of information to work with. It may look like a Jackson Pollock painting where details are missing to create a clear picture.

Sadly, and far too often after an attack, what materializes out of the tangible evidence and interviews is more of a Rembrandt. In other words, all the remarkable details emerge as an image that you could have used to potentially stop the violence.

Sometimes, unfortunate outcomes are due to the inability of friends, family members, and even key officials to believe that someone could carry out such an act. That is, right up until the moment they do.

It doesn’t matter if a person uses a gun, airplane, bomb, vehicle, knife, or other means of violence. The outcome is often the same: innocent casualties and regrets for not stopping the threat in time.

Individuals with mental health complications account for many acts of violence. However, they are not the only cause for concern. In terrorist acts or by those with extremist views, they are often more methodical. Moreover, they strive for greater impact driven by collective and dangerous ideologies.

This all leads to a growing concern regarding acts of violence from global extremists. In addition, homegrown organizations within many countries that can commit truly heinous crimes also belong in the same basket.

For example, let’s look at the recent murders in Germany by reported Islamist extremists and some attacks against foreign refugees by German nationalists. These are all adding to the growing tensions between some German citizens and the Islamic communities.

These events fuel concerns of organized violence and ideologies that can spread across geographic locations. Only last year, Germany took the unprecedented action of disbanding one of its most elite military units. It happened after substantiating reports of right-wing extremist beliefs within the group. Moreover, Germany is not the only country struggling to get ahead of this growing risk.

Remember the last time we heard of another senseless murder or attack, regardless of the means of death by the attacker(s). Those in the intelligence and law enforcement communities take them personally and see these acts as missed opportunities to save lives.

The ability to act will always be one of the last and most essential elements in the cycle of intelligence within any protective intelligence program.

It doesn’t matter what you’re protecting. If your program dismisses a plan of action or timely coordination with law enforcement to stop an attack in time, what good was the effort to identify the threat, to begin with?