A recent attack on a state leader’s car comes amid allegations of a possible Putin assassination attempt, potential Kremlin insiders claim. The President’s limousine drove away to safety with the state leader unharmed by the whole ordeal.

The incident occurred with the war in Ukraine raging on. In fact, the motorcade blast may have revealed compromising information regarding the 69-year-old’s movements.

Unconfirmed sources reveal that the Russian President’s decoy motorcade was struck traveling back to his place of residence. The limo was hit on its left front wheel, leading to a loud bang, followed by heavy smoke.

And yet, the General SVR Telegram channel is claiming that there have been multiple arrests of security service officials, including the head of the president’s bodyguard service. More serious still – especially if exposed true – is the vanishing of several other bodyguards.

At this time, it’s not possible to verify the extraordinary claim.

Everything I’m reading claims this assassination attempt is unverified and announced through an unverified Telegram site.

With the war in Ukraine going badly, it could be a way to generate support for Putin. Some reports suggest it could be an inside operation designed to flush out moles inside Putin’s security service.

According to General SVR, traveling back to the state leader’s official residence, the use of a five armored car escort was imminent amid deep security fears. Putin’s decoy or “backup” motorcade is third in the lineup.

A few miles out from their destination, an ambulance maneuvers into the lane, blocking the first vehicle. Due to this sudden obstacle, the second escort had to drive around without stopping, insiders claim.

It was during the second vehicle’s detour of the obstacle that the alleged attack on Putin’s limo happened. Whether a simple accident or a planned diversion, the sudden blockage of the ambulance and the second driver’s decision to suddenly overtake them, left the third decoy car exposed. 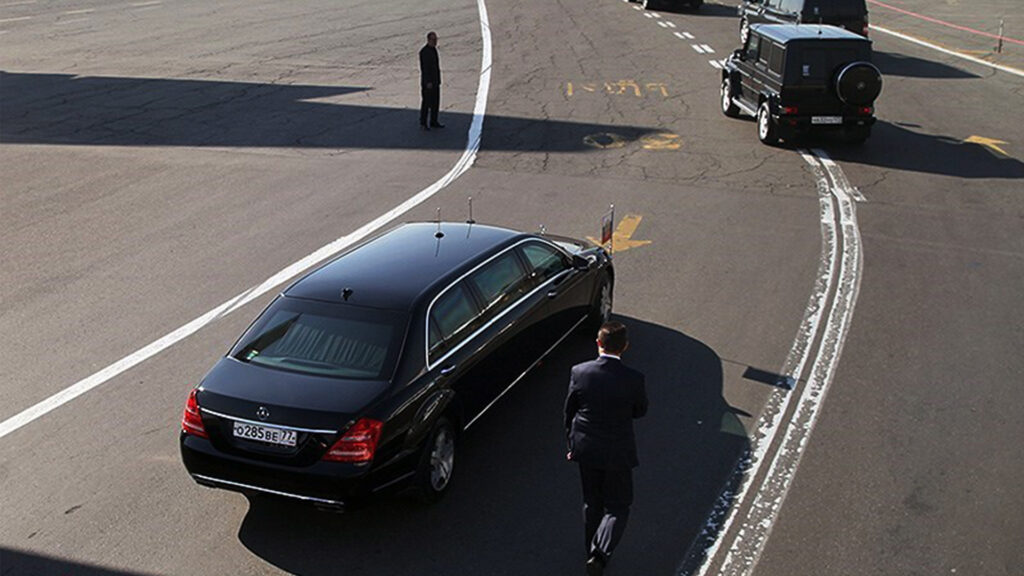 It’s well understood that the protective strategies that go into safeguarding the President are complex and highly secretive. That means only a narrow circle of people knows the details surrounding the movement of the president, all of them from within the security service.

And yes, sometimes, as hard as you may try, certain unanticipated events leave you underprepared. Begging the question: Was the attack on Putin’s car simply a miscalculated error due to an unforeseen event? Or, is it a possible Putin assassination attempt, and are subtle cracks from within the President’s inner circle beginning to appear?

In other news, Ukrainian President Volodymyr Zelenskyy was involved in a car crash. While returning from the Kharkiv region, a passenger vehicle collided with Zelensky’s motorcade. Ukraine’s leader was there visiting troops in the recaptured city of Izium.

As the media reports, the Ukrainian leader did not sustain serious injuries. However, no mention was made of other injuries he may have received. Following the immediate first aid treatment Zelensky’s medical team employed, the ambulance arrived to escort the driver of the second vehicle, presidential spokesman, Sergii Nikiforov states.

Nikiforov further revealed that the circumstances of the accident are under investigation by the authorities.