EP Wired sits down with Ivan Ivanovich, Vice President and Partner at WSO – Worldwide Security Options. Ivan is the author of the Amazon bestseller — Protección Ejecutiva en el Siglo XXI, la Nueva Doctrina — which will be available in English soon. But before that, he joins us for a one-of-a-kind interview on everyday security in Latin America, gun use in cartel-controlled areas of Mexico, and much more.

You wrote a book that talks about a new approach to executive protection, one that confronts the typical image of patrol cars, guns, suits, and dark glasses perpetuated by Hollywood. Why did you choose to focus on this exact topic? How did your personal experience inform your writing?

Whether we want to accept it or not, our profession is going through a severe conceptual and credibility crisis. This comes after all the incidents and assassinations that have occurred worldwide, such as:

The traditional EP that remains almost unchanged for the last 80 years is both obsolete and even dangerous.

The concept of convoy riding around and “waiting” to be ambushed and the brave agents ready to react is proven to be ineffective almost whenever seriously tested. Also, the profound changes in our society provoked by the digital revolution caused that the dark-suited agents are no longer status symbols.

Modern executives don’t want to be surrounded by the diamond formation (four agents around the protected). Many consider this terrible for the image in today’s horizontal and participative society.

That is why, with this book, I tried to propose an alternative concept by sharing my experiences in the last almost 30 years of EP work. But, of course, this is not a single-person endeavor. Many professionals in Latin America and elsewhere are also working on this change that our profession needs so badly.

Data suggest that Mexico’s homicide rate in 2021 was 76.3 percent higher than in 2015. Other countries in the region experienced similar trends. Can you describe the everyday hurdles of security in Latin America and how such tendencies impact the lives of the wealthy and prominent?

Latin America is the most dangerous region in the world. It has the highest rate of homicide, but also kidnapping, robberies, and extortion. In addition, we have the strongest narco cartels, criminal gangs such as Mara and others, and even terrorism problems in some parts of the region.

Our EP professionals deal with these threats daily. Hence, we test our knowledge, concepts, and training every day. Thus, we know very well which executive protection concept really works and which doesn’t.

When the crime rate started to rise in Mexico three decades ago, instructors from all around the world came here to teach their methods. But sadly, they mainly taught the traditional ones based on firearms and reactions that can’t be applied to our operational reality.

Unfortunately, many agents and protectees paid the highest price. In fact, many are still paying the application of this noxious method with their lives. Of course, there are many other parts of the world where you can spend your whole life walking around with your gun, black suit, and dark sunglasses, and no one will mess with you — so you may think this system works.

Unfortunately, this is not the case in Latin America. You will probably be dead when you realize that the Bluff Executive Protection doesn’t work. That is why we had to develop new methods and adopt some well-known but non-used methods to deal with the threats we face here.

Wealthy and prominent people are used to having:

That is why I think Mexico has the highest number of EP agents per square mile (laugh).

Nevertheless, today executives in LATAM are searching for more discreet and more effective methods of protection. These include anticipated protection focused on reducing the client’s exposure by using protective logistics, and stopping the phases of preparation of the attack, instead of trying to stop the attack itself.

Our principal goal is to frustrate the attack before it happens, during the preparation. Intelligence, counter-surveillance, and early alert operation are proven to be the most effective to that end. 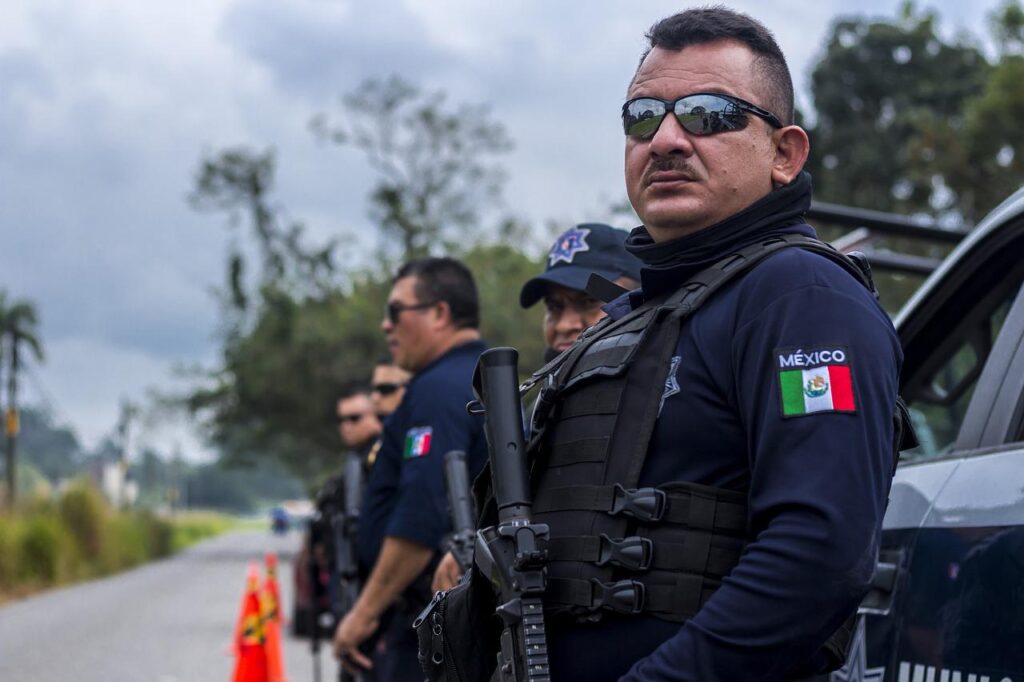 In the executive protection industry, there is an ever-present discussion regarding firearms: to carry or not to carry. What does your experience tell you in this regard? Can you list the pros and cons of bringing a gun with you on an assignment in LATAM?

The question of “carry or not carry” should be determined for each operation based on professional threat assessments made for each particular case. This should not be determined by the client’s wish, default politics, or preference.

In my experience and operational environment, firearms provide little benefit and frequently elevate the risk instead of reducing it.

As for its effectiveness, we studied 122 attacks on prominent figures and world leaders that occurred in the last 122 years in 70 countries. The effectiveness of firearms in that study is only 4.1%.

Also, in our daily operations, they frequently increase the risk: Suppose the protector is armed in an unarmored vehicle and in the face of violent robbery, which is very frequent in Latin American cities. In this instance, the protector attempts to use his weapon to thwart the attack. Yet, in the process, he puts the executive in the middle of a shootout.

During the last year, in different incidents of this kind in Mexico, one protectee died, one agent died, and four others were seriously injured.

The situation is similar if you have a weapon in the armored car because of the “Harfuch effect.” In other words, it’s the impulse under super stress that protection agents have to respond to fire, even while inside the closed armored vehicle, which puts in grave danger all occupants.

Another case is of violent robbery on passersby when the protectee walks. The client generally moves within busy areas with high economic levels and where the risk of armed robbery is very high. Suppose the protector tries to preclude the armed robbery with his weapon. In this case, the action will unleash a shootout with possibly fatal consequences.

Such a scenario is, unfortunately, a common occurrence in Mexico. The most notorious case was the involuntary murder of the Mexican businessman Adolfo Lagos by his own protective agents when defending him from an armed robbery in 2017.

In Mexico, many areas are under the control of organized crime, where wearing firearms increases the risks exponentially. Many protectors and protectees paid for this mistake with their lives.

Cartels don’t tolerate armed persons within their territory. In fact, they can confuse them with an enemy cartel or take it as provocation they won’t tolerate. We can never match the firepower of any cartel. Therefore, having any weapons and especially high-profile detail will almost surely provoke a confrontation you can’t win.

Of course, as I said, there are many operational and threat scenarios. Thus, we should carefully assess each case and determine whether we will carry firearms.

Many people imagine Latin America as a no-man’s land, with violent gangs and corrupt government officials everywhere. Can you make a comparison between a hostile and a non-hostile environment in Latin America? What are the typical hallmarks of a secure as opposed to a non-secure surrounding in this region?

Latin America is a beautiful and growing region that attracts many tourists and investors. However, it is not no man’s land. Nevertheless, we have areas controlled by organized crime, but even those areas — some more dangerous than others — have their rules. And if you follow them, your risk will significantly decrease.

We can’t talk about secure and non-secure surroundings. You just have different kinds of threats in each area. For example, exclusive luxury areas that many consider “secure” have the highest rate of passerby robberies and carjackings. So the best thing you can do if you travel to Latin America is to contact a professional security company and receive a recommendation for each specific area you want to visit.

Can you describe your perfect workday during an assignment? What needs to take place so as to have security in Latin America provided at a top level?

The perfect day is when we receive congratulations from the client at the end of the day, no matter what we have to go through and what happened “behind the scenes.” I consider the perfect day on assignment not having last-minute changes in the schedule. The rest we can deal with (laugh).

You only need to contact a professional security company, and there are plenty in the region. Most of the best executive protection specialists I have ever met and operated with are from Latin America or work in the area. In addition, you can receive recommendations from the local ASIS or OSAC chapter.

Can you give us a few words of wisdom for traveling to and ensuring security in Latin America as an executive protection operative?

I can’t give you any word of wisdom because I don’t consider myself wise at all (laugh). However, I think that the most important recommendation for those who travel to protect in Latin America is to be humble and follow the advice of your local contacts and contractors.

Be flexible. The rules that worked for you in other places are not necessarily applicable to Latin America. Many agents that travel to our region try to implement methods and international company politics that can be very dangerous. Latin America is a dangerous but beautiful place. Ultimately, you just need the proper guidance.