It’s a shocking moment to watch the Russian ambassador attacked with red paint while trying to lay a wreath at an event that honors Soviet World War II soldiers in Warsaw, Poland.

On Monday, demonstrators in Poland’s capital doused Mr. Sergei Andreev with red paint, intending to prevent him from laying flowers at a cemetery.

As the delegation – led by the Russian ambassador appeared at Warsaw’s Mausoleum Cemetery – they were met with the shouting of: “murderers” and “fascists” from hundreds of protesters. Other people at the scene held flowers and the Ukrainian flag.

Victory Day is a holiday commemorating Soviet soldiers for the victory over Nazi Germany.

The police accompanied Mr. Andreev out of the cemetery and to his car. According to news reports, the ambassador was not injured. 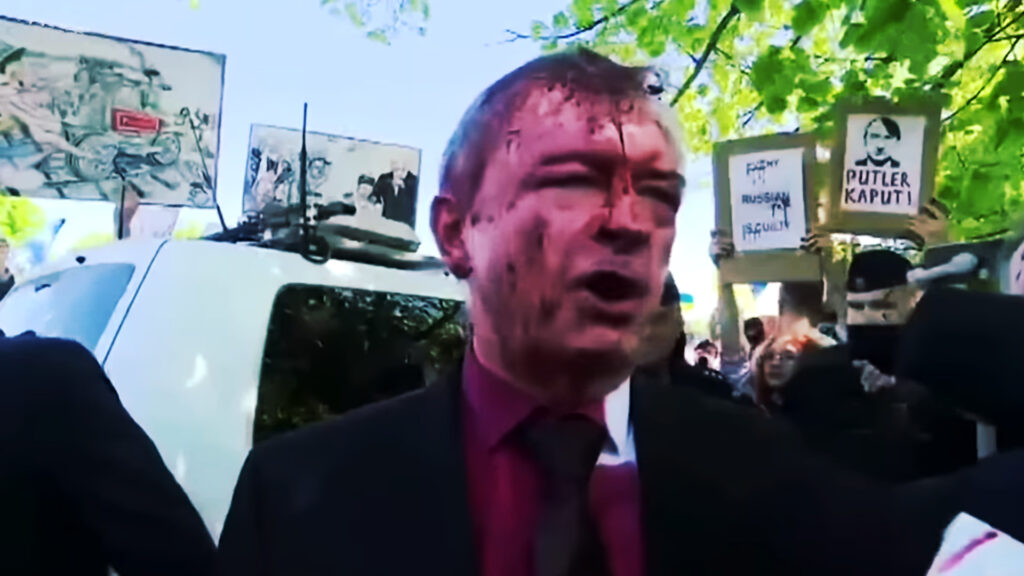 Furthermore, video footage posted by various news agencies shows the ambassador’s face dripping with red liquid. Two bags of red paint hit Mr. Andreev in the head, first from behind, then directly in his face.

The demonstrators continued to shout and prevent the ambassador from laying down the wreath in his hands. Despite the protests and the ambush, Mr. Andreev managed to lay the wreath. 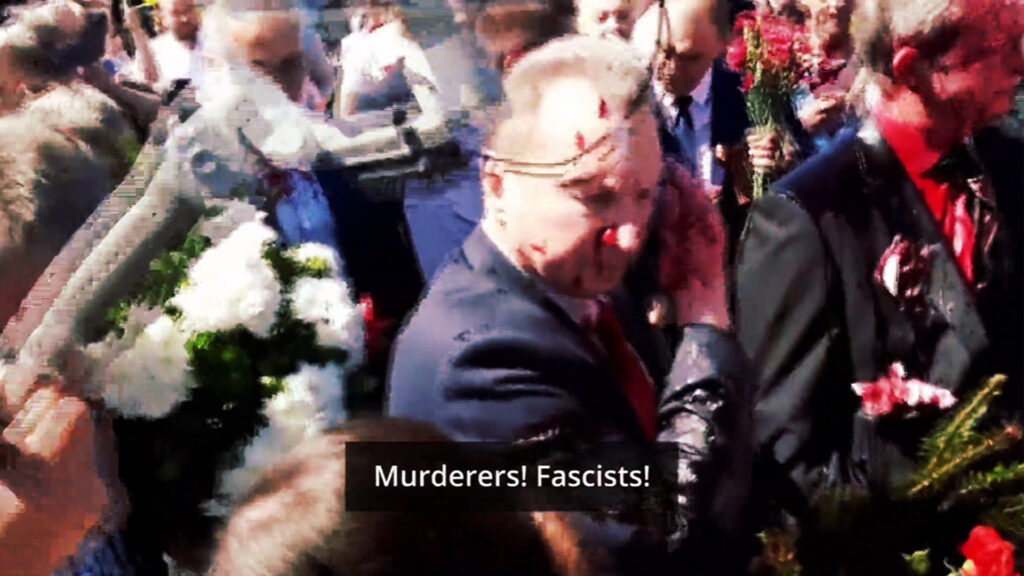 The Russian Embassy curtailed its plans for a march to mark this year’s day of victory. Instead, the delegation resolved to an organized wreath-laying ceremony at the Mausoleum Cemetery. Poland’s government had advised against the ambassador and his team laying flowers.

As it now stands, the Russian Embassy in Poland is due to file a formal protest. Moreover, the Polish Foreign Ministry describes the incident – the Russian ambassador attacked with red paint – as “highly deplorable.”

“Diplomats receive special protection, regardless of the policies pursued by the governments they represent,” commented the Foreign Minister of Poland, Zbigniew Rau.

It's a shocking moment to watch the Russian ambassador attacked with red paint while trying to lay a wreath...
Firearms

Road Rage Cases Are Piling Up