What Is Not a Physical Security Measure for Your Home?

If you’re looking up the answer for What is not a physical security measure for your home, chances are, you’re doing the Antiterrorism Level 1 quiz. If so, congrats on coming this far, and we hope that you pass everything with flying colors!

But if the question What is not a physical security measure for your home has you stumped, you’ve come to the right place. Not only are we going to answer the question, but we’ll also explain what Antiterrorism training even is, and highlight the key points. We’re also going to talk about some other questions that might trip you up, so make sure you stick all the way to the end.

Answering the Question — What Is Not a Physical Security Measure for Your Home?

As part of the Antiterrorism Level 1 Post Test Answers, you’ll see this dreaded question about physical security measures. It’s the Antiterrorism Scenario Training, page 2, and you’ll have to choose between four answers:

While key control and security checks on the cleaning company are no-brainers, the other two do pose some questions. However, the only correct answer here is Hiding a key outside to ensure family members can get in if they lose their keys.

As you can probably piece together by now, hiding an additional key anywhere on the property is a huge potential threat. For starters, anyone watching can see if and when someone picks it up, and gain access to the home.

Also, even if you were to use key-hiding products, like fake rocks, they’re relatively easy to spot. We hope that clarifies any doubts you might have had about this question, but we’re not done just yet.

Let’s take a look at several key points you should cover in your Antiterrorism training, as well as some other questions that might feel like stumbling blocks.

What Is Antiterrorism Level 1 Training?

The JSC, in coordination with OSD and Services, designed the Antiterrorism Level 1 training to increase awareness of terrorism. Also, one of its goals is to improve the ability to apply personal protective measures in most situations.

The main objectives are:

According to the training program, there are countless different threat factors that one has to be ready for. These old include threat groups, reasons for violence, the nationalities of potential victims, methods of operation, common tactics, and much more.

Two more categories that are extremely important to keep in mind are target selection and identification. When it comes to the selection, there are three ways it happens:

Then, if we’re talking about target identification, we’re looking at:

When we’re talking about the DOD Terrorism Threat levels, we’re looking at the possibility of the threat increasing from low to high. What’s more, we need to consider a terrorist group’s activities, intentions, operating environment, as well as operational capability.

Then, when it comes to the force protection conditions, we have a few sample protective measures. These would include barriers, patrols, ID checks, gate guards, vehicle inspections, and plan rehearsals. But what we have to focus most on are the increasing levels of protection, which can range from Normal to Delta. Let’s see what that means.

FPCON Normal is when you’re aware of a general, global threat of possible terrorist activity. However, these conditions only require a routine security posture, as most of your intel shows no indication of a potential attack.

Similar to FPCON Normal, Alpha refers to the general threat of potential terrorist activity. But the difference is that the extent here can’t be predicted, whether it’s against a facility or personnel. So the conditions suggest possible violence, which requires random vehicle checks, and an increased effort for prevention. 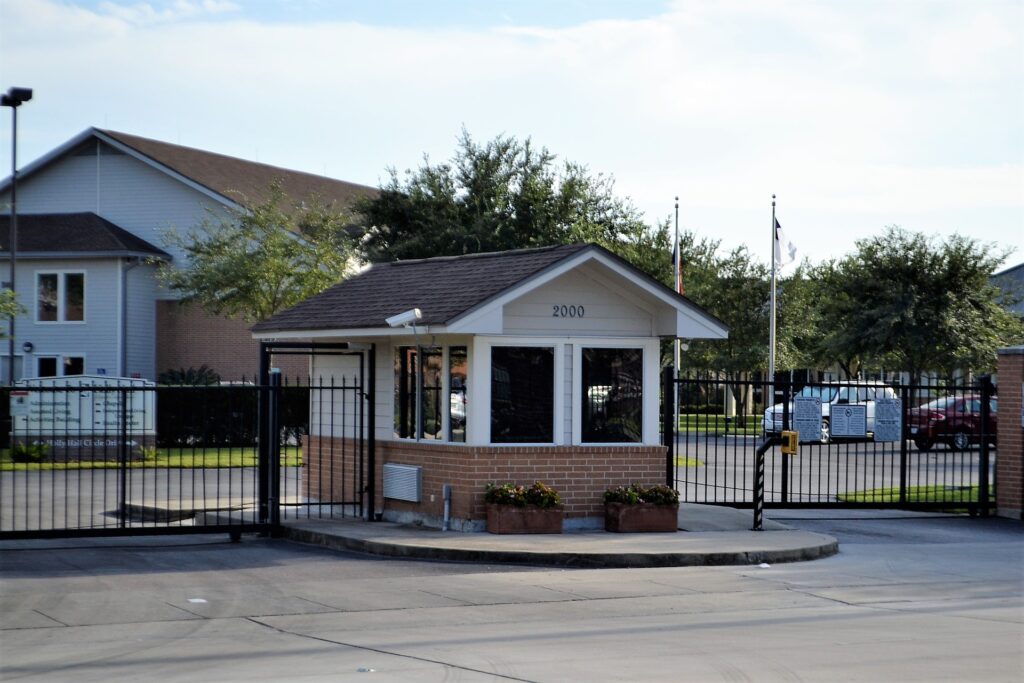 Bravo conditions mean that you have concrete intel that suggests probable violence, which means you should take extra safety precautions when planning how to deter threats. When you’re coming up with the plan, make sure that it’s something that you could maintain for a few weeks at least. Also, employ ID checks, vehicle, and delivery inspections, and increase guard presence.

FPCON Charlie is employed when there’s a direct threat against the facility or personnel or if an accident already occurred. At this point, there is clear evidence of a terrorist threat, which warrants a rigorous security effort that you can implement in a short period of time.

You would employ FPCON Delta if there’s imminent terrorist action against a location or if an incident already happened. Everyone’s at a high state of alert, and there need to be mandatory security measures.

In addition to the What is not a physical security measure for your home question, we’ve seen some confusion regarding a few others. Let’s take a look at the Page 3 scenario, which asks Which one of the following is NOT an early indicator of a potential insider threat? Again, you have four options to choose from here:

By way of elimination, the correct answer is A reasonable disagreement with a US Government policy. With that said, the other three answers could indicate something else. Namely, these are the top signs that someone might consider becoming an active shooter. So again, an internal investigation might be necessary.

On Page 4, you’ll find the hostage rescue attempt scenario, and you’ll be asked what not to do:

The right answer here would be trying to help the rescue team, and the reasoning is pretty simple. No matter your training or skill level, you should never try to assist the rescue team because you don’t know their strategy. So by trying to look like a hero and helping them, you could actually be risking someone’s life.

We hope that we’ve answered the question What is not a physical security measure for your home, along with a few others. But if you’re struggling with more questions, we suggest going over all the materials once more, or even finding a booklet of pre-solved questions.

And if you want to keep advancing in the field, learning new tricks of the trade, and being up-to-date on all news, subscribe to our newsletter.