What Is Red Teaming and What Are the Benefits?

First, we’ll cover the basics and unpack an otherwise loaded question — what is red teaming? The term red team refers to an organized group of authorized persons who simulate a potential cyber-attack to exploit any capabilities that exist and could be used against an organization’s security posture.

In other words, red teaming is not real — the process is a simulation. And these simulated cyber-attacks are as close as an organization can get to uncover its level of preparedness against potential hackers.

The breaches used during a red teaming assessment may be pretending. Nevertheless, growth opportunities are very, very real. Again, the overall aim of ethical hacking (I.e., red teaming) is to bulletproof your organization against the latest cyber threats. The process is done in such a way that nobody gets hurt. Well, this is the aim anyhow.

The consistent rise in security breaches around the globe means cybersecurity needs to be a top concern for any organization. Well-established firewalls and phishing awareness schemes are not sophisticated enough in the face of relentless cyber hackers.

When used well, red teaming is a type of hacking that will uncover any gaps in the company’s security defenses. It is an ethical and in-depth form of simulated hacking. However, for it to work as intended, it’s necessary to mirror the conditions of a simulation as close as possible to a real cyber-attack. In fact, the more reality-based the simulation, the better the outcome for growth.

That is why red teams utilize the same tactics, techniques, and processes used by the enemy. One example is targeting one specific employee for information using a convincing email.  Other tactics include beaconing, continued phishing and, privilege escalation. Furthermore, a varying level of cybersecurity tactics should be replicated during a test, corresponding to the level of adversary a company is likely to face.

The Benefits of Red Teaming

The consistent rise in security breaches around the globe means There are several advantages to the use of cybersecurity tactics. For one thing, red team assessments don’t finish with the initial discovery phase, i.e., the exposure of vulnerabilities, but extend toward the re-testing and remediation phase. That way, any vulnerabilities are fixed. In addition, red teaming also includes several other benefits, such as:

Furthermore, the use of red teaming is a great way to drive accountability, and learning from red team conductions is immensely rewarding.

Conducting a risk assessment helps the organization see where the security program’s strengths and weaknesses lie. Organizations have a rough idea of what they believe needs to be tested. But initial assessment often shows a different picture, revealing higher levels of threat and vulnerabilities a client may not think to consider. 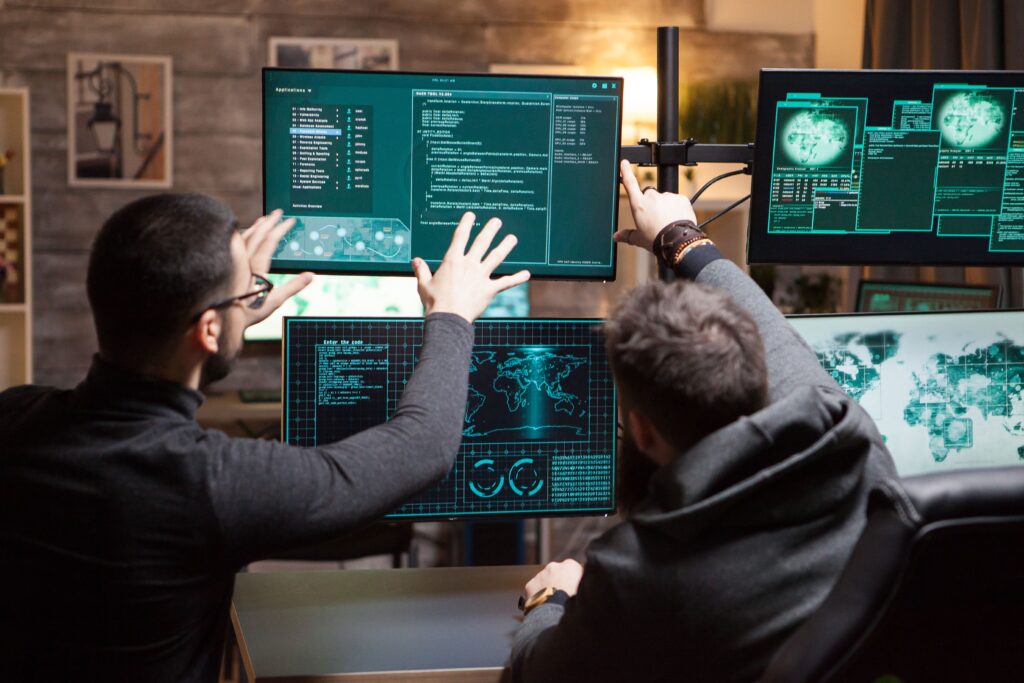 With regards to executive protection, red teams will test surveillance detection protocols, as well as the ability of the EP team to safeguard various locations. It is essential during travel to test travel routes to identify potential threats with ease.

To emphasize, there are many weaknesses in security protection systems that let threat actors break through these corporate defenses. A lack of technical controls and monitoring allows intruders to move indiscreetly through a network.

Let’s take a look at a specific scenario. In this instance, a completed pen test reveals VPN access control systems are secure. And yet, someone from the red team can trail a badged employee and walk out past the front desk with a company device. Here, the totality of the system needs to look at gaps, not just the constancy of each system separately.

Red Teams Plan Like the Enemy, But What if They Go Too Far?

Even with well-planned and announced exercises, things can go wrong, especially when dealing with feelings of panic. Planning to manage a certain level of urgency and feelings of panic during an announced exercise has many benefits. The issue arises with the making of physical threats during an unforeseen assessment — this is one step taken too far and the realm of reality forgotten.

Let’s rear back to the topic at hand — What is red teaming? And have a look at ways to avoid some common red teaming mistakes.

Most mistakes made when red teaming is likely to be harmless and, at times, unavoidable.  Severe mistakes involve facets of ethics, trust violation, exposure of company data, and breaches that result from a reduction in security.

Yes, ethical hacking assessments should accurately resemble real-life situations. And yet, the process of red teaming needs to stay in the sphere of reality. Also, preparing for the possibility of negative actions is beneficial.

The use of red teaming to bulletproof an enterprise against potential threat actors is highly beneficial. The process will help assess an organization’s security defenses and uncover whatever gaps are there.

If you are running an organization with valuable assets, you need to use red teams. The use of red teaming helps instruct how to prepare more thoroughly against malicious threat actors.

Finally, we hope to have answered your question – what is red teaming? As red teaming is extremely valuable in identifying necessary security needs. When utilized correctly, it is a highly effective process to test companies’ security defenses.