In our latest edition of real-life scenarios, we asked Ben Zeifman to talk to us about one remarkable event that had a major impact on his career. He decided to go in-depth on a topic that many practitioners find interesting: local security.

In a pre-pandemic world, I was assigned as the advance protector of a star-studded international event for a high-profile, world-renowned public figure was followed daily by paparazzi and fans seeking inappropriate encounters. We were to travel abroad to China for a large-scale public appearance. To say we had to get creative with movements, vehicle swaps, decoys, etc., to protect privacy would be an understatement. On that note, let’s discuss local security.

Months ahead of the big event, I was responsible for leading an advance team before the protectees were due to arrive in the country. We were facilitating our advance, which included

In the process, I was the only person representing our group from a security standpoint. However, I was partnered with our local security vendors and government partners with whom we have a solid working relationship.

We spent the vast majority of our time at the main event venue, where we anticipated tens of thousands of fans to attend. Think stadium and theater combined with a red carpet style arrival.

Locals reported this would be one of the largest gatherings they had seen in a while, and there was already a lot of excitement surrounding this visit. One request from the protectee was to be able to engage with and be personable with their fans upon arrival.

According to Gavin de Becker’s book, Just 2 Seconds, 64% of assassination attempts occur in/around a car. Therefore, it was imperative that we create a secure arrival to include enough white space (free area around the protectee) for safe movements. If we can make more time and distance, we’re in a better position to prevent an attack or inappropriate encounter. This was my largest focus.

Our local security vendor spoke broken English. However, they instilled confidence in their abilities to assist with this large-scale plan. My vision was to create an alley with pedestrian barricades staffed by uniform security guards, which would allow the protectee a safe white space path to engage with their fans from their arrival in the vehicle, down the red carpet until entering the venue, which was roughly 100 feet.

We established a plan that any fan permitted within the barricaded pens would have undergone security screening for weapons. Before leaving the country, I sat down once more with our local security partners to review the operations order and sketch all appropriate diagrams. Everyone collectively felt comfortable with the plan that we outlined. 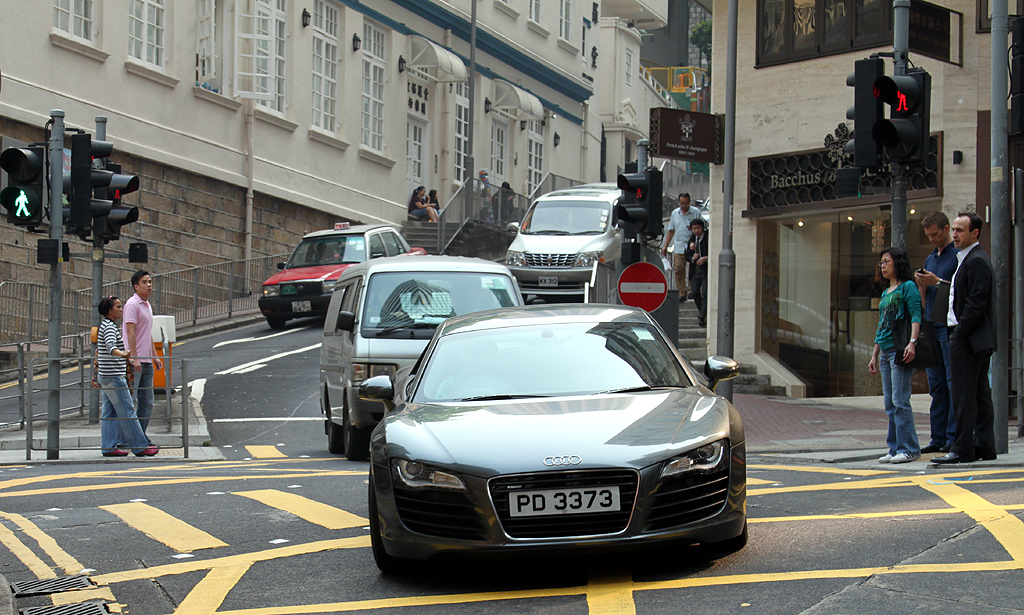 Two months later, we arrived back in China with the protectee for the event. While the protectee was secure in the hotel with the body coverage detail, I returned to the venue as the advance lead to conduct my final day-off walkthrough. After months of communication and planning with my local partners and their reassurance that our plan was executed perfectly, I felt confident about what I would walk into.

As I reviewed the plan once more with our local security partners, they informed me that fans had begun lining up 24 hours before the screenings with excitement to gain access to the arrival area. I could hear the roar of the crowds from inside my vehicle as I arrived near the site. I verified that security screening was in place and was going per our plan with fans already preloaded into the barricaded pens which we had previously designed.

Tens of thousands of fans lined a pathway as far as the eye could see, ready for autographs, photos, and interactions with my protectee.

As I stepped out of the car and into the secure space, I immediately realized something had to have been lost in translation. I noticed there were many more security guards than we had initially planned for. But, in the same breath, there were also many fewer pedestrian barricades. And by many fewer, I mean none.

In the weeks leading up to the event, my local partner continuously reassured me that the pedestrian barricades would not be a problem.

Finally, realizing there were none in place, I questioned him and quickly learned that his interpretation of pedestrian barricades was literal pedestrians serving as barricades instead of physical barricades blocking pedestrians. As a result, I looked at roughly 50 guards holding hands to hold back tens of thousands of eager fans.

Before my heart rate could settle, the coverage team indicated they were en route early and were roughly 30 minutes out from arrival. As we all know, in this industry, things will never go as planned. I knew I had to act fast. As I watched the crowds sway, I knew these poor guards were no match for the growing, anxious group. These “pedestrian barricades” would not hold my white space. It was time for some quick thinking.

Grabbing my local security lead and the venue coordinator, I decided to alter our arrival plan and quickly pivot from our original arrival spot to reroute to what would have been our departure spot which was free from onlookers. With minutes to spare, I ran out to the road to flag down the motorcade and diverted them to the new location.

The body coverage detail instinctively knew to follow me without asking questions. Finally, we arrived, and the protectee exited the vehicle, confused and agitated as to why we were in an underground garage instead of making a public arrival to the fans as previously desired.

Without getting into specifics, I explained there was a heightened security concern and to “please follow me.” Over time, I had made enough deposits in the confidence bank for the protectee to not further question and to follow appropriately.

Through my advance, I knew there was a balcony on-site that would overlook the sea of fans below. There, the protectee could welcome the fans and interact from a safe distance.

As the protectee took to the balcony, I watched the white space below quickly collapse within minutes. The public appearance went off without incident. In fact, additional talent and their security teams elected to divert their arrival to follow suit instead of keeping with the original plan.

When operating in diverse environments, there are often challenges to overcome. For example, as I conducted an after-action review — which is imperative — I learned that I relied too heavily on the belief that my advance plan was well thought out and executed.

Cultural misinterpretations led to large-scale complications. This detail took place before smartphones were a daily way of life. Now, when working through language barriers, it has become common practice to utilize these devices to help translate or even show photos of security equipment to ensure that no one can misinterpret any details.

Even the most thorough security plans require adaptation at times. So, it is crucial to trust your intuition, be flexible and be confident in your decision to deviate from your original plans as needed.